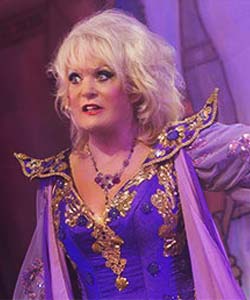 Aladdin at the Opera House

Loose Women  and Benidorm favourite, and star of the all-new Are You Being Served?, Sherrie Hewson, appears as The Genie of the Ring, opposite one of Manchester's best-loved actors, John Thomson (Cold Feet) as the evil Abanazar. Pop sensation Ben Adams (A1) tread the boards as the title role, Aladdin, and to complete the line-up, writer, director and one of the best dames in the business, Eric Potts  stars as Widow Twankey!

If you’re looking for festive family fun, your wish is our command! Enter the cave of wonders, rub the magic lamp and be transported to an enchanting world that is sure to be Manchester's highlight this Christmas!

We were there as it opens and here is what we thought..

Manchester’s feast of festive shows would not be complete without a good, old-fashioned Christmas panto. And this year the Opera House has hit the bull’s eye with a top notch magical production of Aladdin, a tale that became a huge movie success and, more recently, a hit West End show.

Sherrie Hewson shines brightly as The Genie of the Ring with her loveable comedic moments, and provides a perfect balance to John Thomson’s Abanazar, although he needs to crank up the evilness a little to really get the boos he deserves. Ben Adams (front man of boy band a1) makes a dashing Aladdin, and Neil Henry provides chuckles and illusion as Wishee Washee.

However, the star of the night was undoubtedly Eric Potts. A huge presence, and buxom wench, he makes the stage his own as Widow Twankee. A veteran of the frock he is the consummate panto dame and had me crying with laughter. A talented man, Potts also wrote and directed the show.

Sound balance needs a tweak to lift vocals above the band, but audiences will not be disappointed. It’s refreshing to see a large scale panto written around the story rather than the names on the poster. Watch out for the career song, the unmissable ballet, and Adams’ high flying moment on the magic carpet.

It’s over the top, bright, colourful and fun. There are impressive sets and all the elements of a great traditional pantomime: a stunning night out for all the family.