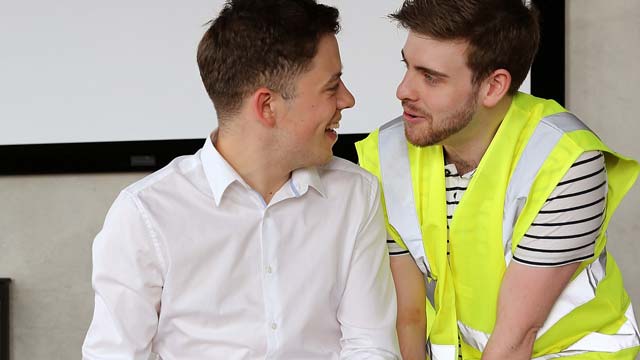 Authenticity. This play rings so true, it feels to some extent autobiographical. And if not, we have an author to watch.

Set in a loveless male-only family environment of largely inarticulate Neanderthals, the threat of violence is omnipresent. Deano is the surrogate father, barely mid-twenties, free to satisfy his animal desires for booze, drugs and one-night stands with girls. He shares this life with his long-standing building site buddy Lee, who is a little more articulate and a break on Deano's worst excesses. Enter Finn, Deano's 18 year old bother described by Deano at one point as a “Princess”. You can probably guess the rest.

But the predictability of the story line does not detract from the glimpse it provides into a life so alien to most of the middle-class audience. Indeed it resonated so closely to my own coming out n working class Liverpool 40 years I was a little disheartened about how little progress has been made in the intervening decades.

There are rough edges to the play - there are languors whilst the bed is reset and the actors dress onstage for example. However, the dialogue is appropriate, and thankfully lacks the expletives often seen in such plays. There is no nudity, which enhances its stature. It is also very short; at the end I think half the audience thought it was the interval! We are promised a second half which I for one will certainly be interested in seeing.