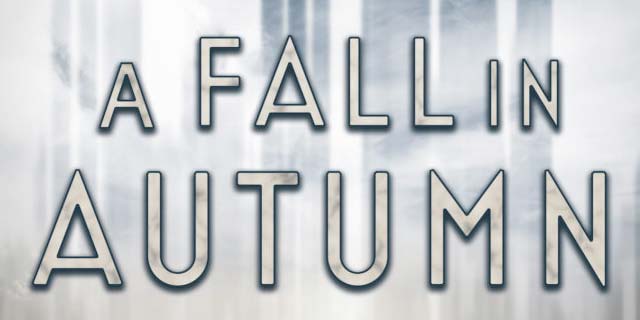 A fall in Autumn

A Fall in Autumn is a hard book to start, but a bit of perseverance pays off. Michael G. Williams, the author, has constructed a world set far into the future, populated it with strange creatures and beings, and arranged them in a class system where each level defines exactly who (or what) you are.

From the very start you’re bombarded with strange terms, and you need to hit the ground running as the action starts immediately. I read the first few pages several times to try and get into the flow of things, and it worked. From then on the tale continues at top pace. It’s like City of Angels, only on speed.

Autumn is the name of the last of the flying cities, and the story is an ongoing narrative of a case as told by Valerius Bakhoum, a private detective. Everything is written in the first person which forces you to see things as he does. It starts with a pursuit, and you’re immediately part of it rather than observing it, when he’s injured you feel his pain – you’re thrown in at the deep end and you have to keep swimming. The dialogues need a bit of unravelling at times, but, again, perseverance pays off. It would be giving too much of the plot away to go into it in depth, but religious fanaticism plays a large part, as does wanting to rule the world – which is largely the same thing.

There are some twists and turns along the way, and what Valerius was originally paid to do expands into something far larger and much more dangerous, as Autumn could fall from the skies. Rather unexpectedly, along the way he finds love and affection that stay with him until the end – and the end is clever.

More details and to purchase via here