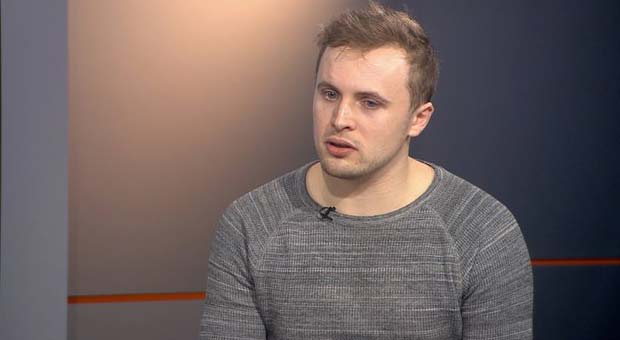 Manchester Storm's Zach Sullivan, 25, is the first professional ice hockey player to come out as bisexual and hopes his decision "will give other hockey players around the country the same confidence to do the same".

Mr Sullivan, from Redhill, Surrey, said on Twitter that he had "battled with mental health problems" but made the decision to go public "with the support, understanding and acceptance" of his family, friends and teammates.

Speaking with Canal St Online, it’s clear that Zach’s focus was on the change he could bring to the hockey (or sporting) world, rather than draw attention to himself directly.

"If I can be open and honest about my sexuality, then hopefully that will give other hockey players around the country the same confidence to do the same."

His statement coincided with Elite Ice Hockey League's first Pride weekend to celebrate inclusivity and diversity within ice hockey, with multiple games over the weekend and 10 teams will be wearing specially-themed Pride Jerseys during the events.

“I knew the event was coming up and, after talking with friends who completely supported me, I felt as though it was the right time.”

It was met with widespread support from many fans, but also from Dallas Ehrhardt, Manchester Storm's captain.

"We couldn't be happier for our teammate and we 100% have his back," said Mr Ehrhardt.

"The hockey world is a tight-knit supportive community and when something as important as this happens, the whole sport gets better."

A club spokesperson described the defenceman as "a role model for so many people, young and old".