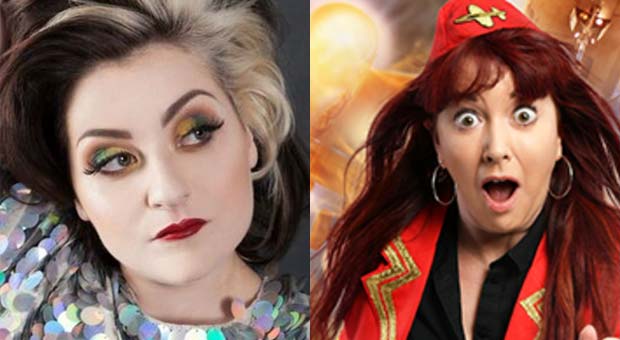 This October sees the return of the seventh annual Women in Comedy Festival. Run by directors Hazel O’Keefe of Dulcet Sounds and Tribeca, and The Frog and Bucket’s Jessica Toomey the celebration of female led comedy will run from 3 to 13 October and incorporate around 30 events.

As ever of course there is plenty to enjoy but some of the highlights include Kiri Pritchard McLean and Rachael Fairburn’s serial killer obsessed podcast All Killa No Filla, Fairburn’s People’s Princess solo show which recently ran at the Edinburgh Festival Fringe and Pritchard McLean’s latest work in progress.

American comedian and a star of the Netflix special Jen Kirkman brings her Jen X show to the festival and fellow US act Desiree Burch with her Edinburgh Fringe acclaimed show Desiree’s Coming Early pops in too.

Also returning from the Edinburgh Festival Fringe are Jojo Sutherland with her moving Riches to Rags story and Susan Murray advises on How Not To Die In A Plane Crash. The only female orthodox Jewish comedian Rachel Creeger announces herself with Hinayni!, Amy Gledhill - who is one half of the Dave Comedy Award nominated The Delightful Sausage - performs a work in progress as does Harriet Dyer of Barking Tales comedy night.

Elsewhere there are new acts to be checked out at Laughing Calves, Beat the Frog World Series winner Kathryn Mather appears with a solo show, there’s a Notflix improv show and the Funny Women gang drop in for two shows too.

The Women in Comedy Festival was set up in 2013 by Hazel O’Keefe as a natural progression to her highly successful all female comedy clubs Laughing Cows.

She notes, “my passion for this project arose from the need to show the vast number of women involved in the comedy scene and to encourage promoters and agents to attend the festival and scout for talent. It’s been something I have wanted to do for several years, so it was a matter of timing. Over the past couple of years I feel that the comedy scene has changed for the better, I used to be able to confidently name most of the female acts in the UK. That’s not the case now. A festival in the UK to showcase and celebrate in this way was inevitable.”

Co-director Jessica Toomey, who runs the Frog and Bucket comedy club came on board last year. “It’s a privilege to work with a festival that champions, supports and promotes women in comedy and I’m proud that the only city in Europe doing this is my hometown of Manchester.

Greater Manchester has always been a great region for discovering new comedy, especially women such as the sadly missed Victoria Wood and Caroline Aherne. With recent new pledges such as ITV’s 50/50 gender split writing initiative it’s more important than ever that there is the platform to allow these women to be seen, heard and discovered.”

As Peake noted when she took on the patronship, “I’m proud to be supporting the UK Women in Comedy Festival as a patron. A festival filled with laughter combined with feminist principles taking place in the North… what’s not to support!”

Tickets available via link below