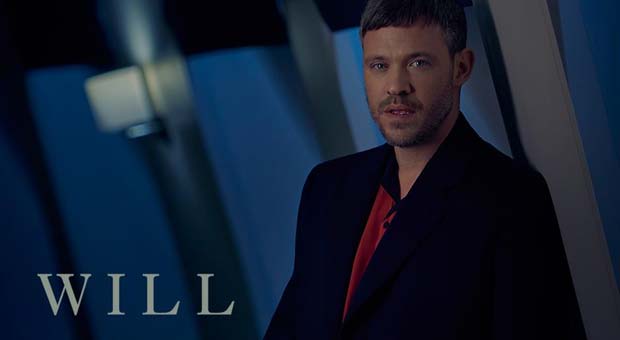 Will Young: Show and Tell

Show And Tell is singer’s first ever spoken word tour

Will Young is a singer, BRIT winner, actor, and gay rights activist. He is also a writer, wellbeing speaker, and radio DJ.

On his first ever spoken word tour Show And Tell, which comes to Storyhouse this Autumn, he will talk about his life and experiences to fans.

Will Young’s Show And Tell Tour comes to Storyhouse for one night only on Sunday 20 September 2020. Tickets go on sale at 10am on Friday 21 February 2020.

Will Young famously took on Simon Cowell on Pop Idol, holds the British record for the fastest-selling single by a male pop artist ever, and has sold more than eight million records. He has also won two BRIT Awards.

The show will cover a variety of topics, from the evolution of pop to gay rights, as well as Will’s funny moments during a unique and successful 18-year career. He will speak about numerous career highlights, from winning the first ever Pop Idol aged 22, to scoring four Number One albums and four Number One singles.

His tour in September and October will play nine venues across the country, and follows the publication of his new book, To Be A Gay Man.

Fans have the chance to meet Will before the show during a VIP Meet & Greet, places are limited. There will also be audience questions.

Will explained: “I’m really looking forward to this. It’ll be a funny show and I’ll be talking about my career as well as looking at mental health, gay rights and much, much more. It’s a spoken word show – there’s no music – and I’m excited to be following the publication of my new book with nine UK dates.”

The show follows the success of Will’s latest record, Lexicon. It follows his life from the age of four, through boarding school and university, to entering and winning the biggest talent competition ever seen, Pop Idol. He will reflect on a successful pop career, as well as talking about being one of the first openly gay pop stars.

The tour will start in Worthing on 12 September, before visiting Cheltenham, Bristol, Chester, Lincoln, Yarm, Porthcawl, Kingston-Upon-Thames, and Shrewsbury.

Tickets for Will Young’s Show And Tell show are priced from £25. Each ticket is subject to a £1.50 booking fee. A VIP Meet & Greet package is also available.