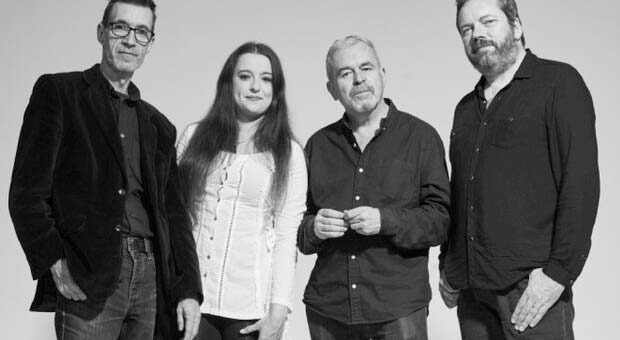 We chat with Dave Hemingway

Dave Hemingway has had immeasurable success where many have failed, and where many more dream to find themselves one day. He left his job as a purchase ledger clerk at the Crystal Motor Group car dealership in 1987 to play drums for The Housemartins - aka the ‘fourth best band in Hull’ - on their second and final album, The People Who Grinned Themselves to Death.

A year later, Dave co-founded The Beautiful South with Housemartins singer Paul Heaton and ditched the drums for the mic - a career move that has proven to be prosperous. I asked Dave if he misses the drums. “To me it was a lot easier being behind the drum kit than being out front, as a singer. I was maybe more comfortable there,” was his reply. “I haven’t played the drums for quite a while now… I do miss it, but whether I’ll play them again, I doubt that.”

The Beautiful South stayed together for an impressive 19 years, which Dave admitted is “a long time to be in a band in music, because they tend not to last that long. But we did; we had some great times.” The Beautiful South released 10 studio albums (four of which were certified platinum in the UK) and a handful of top 10 singles, including “A Little TIme”, which reached number 1 - an achievement that Dave mentioned as “very much a highlight” in his illustrious career.

The Beautiful South chose to disband in 2007, but Dave and a few of his Beautiful South bandmates kept many fans happy by forming The South, a band that mainly tours on its parent-band’s greatest hits, though they also released an album of original music, Sweet Refrains, in 2012.

Dave decided to leave The South in late 2016 after close to a decade - giving him 30 years of almost continuous experience in the music industry. As well as wanting to take a break from performing live, Dave revealed that a big factor in his departure was that “The South, to me, was becoming a bit like a tribute band.” He continued, “I just felt I had something left in me to do some new songs, and try that before I call it a day.”

After taking a couple of years off, “waiting for the right songs to come along, and the right people to work with,” Dave found his next challenge - Sunbirds. Despite the phoenix imagery ignited by the band’s name, this is arguably the closest to a completely new band for Dave since The Beautiful South rose from the ashes of The Housemartins back in 1988; and on October 30th Sunbirds will release their debut album, Cool to Be Kind. “It’s like starting again really, and it’s exciting for me,” said Dave. “So I want people to have a listen to the songs and try and enjoy them, like we enjoy playing them.”

Dave co-founded Sunbirds with The South guitarist Phil Barton. “I needed someone who was writing good songs for me to be interested again,” Dave told me. “I just needed that sort of - trigger - to get going again.” And in Phil, Dave found his trigger. On hearing the songs that Phil had been working on, Dave “liked them so much that I felt, well yeah let’s try and go again and do a new album of new songs, and try and make it the best we can.”

To complete the band, Dave and Phil enlisted violinist and vocalist Laura Wilcockson - who caught their attention when her band Steel Threads supported The South - and “legendary UK session drummer” Marc Parnell, a friend of Phil’s who can be heard on the recordings of a diverse range of artists, from Pet Shop Boys to Girls Aloud.

“It’s freshened things up a bit,” Dave replied when I asked him how it feels to work with relatively new collaborators after so long performing with people he’s known and worked with for decades. He went on to say, “I’ve been very fortunate - the bands I’ve been in obviously have had success, and they’ve been great people. But these are great people as well... I think we do well together, and we make some decent music.”

However, the short journey so far hasn’t been quite as idyllic as Sunbirds perhaps would have hoped. Their debut album was actually self-financed - an experience that Dave described as “quite hard, not having a big record company behind you.” He explained: “The Housemartins and The Beautiful South, we had record companies who paid for all that. But this one’s been hard work… It’s expensive, and you just think, hopefully, you’ll claw the money back.”

But Dave also stressed that earning the money back on this album isn’t his priority. “It’s a labour of love, and it’s something we’re proud of, so if we don’t get the money back then we don’t,” he clarified. “It’s not about the money, and I don’t think anyone who’s in a band and appreciates music is in it purely for money - I’m certainly not. I think it’s more about what you can create really, and we’ve created an album that we’re proud of and we like. Whether it’s commercially viable and we get the money back, who’s to say - but it’s not all about that.”

And if such an experience isn’t stressful enough, Sunbirds now have a global pandemic to contend with. “This year’s been so crazy, hasn’t it? We had to cancel our plans for gigs, and basically we’re just waiting for the green light, you know?” Having to cancel gigs when you’re trying to promote an album is no doubt frustrating for any band, but for Sunbirds it’s arguably more so, especially as they haven’t actually played any live gigs together yet.

So how does Dave feel about playing live again, almost four years after officially taking a step back from the live scene? “A little bit of trepidation,” he admitted, before going on to say, “I’m confident that we’re gonna do well, but live gigs have always been a bit scary for me. And as I’ve got older, it doesn’t get any easier. But I’m confident in the songs, and I’m confident in the people; and I’m just looking to enjoy it, because that’s what you’ve got to do, haven’t you?”

Taking influence from many of the artists Dave and Phil have loved over the years, Cool to Be Kind blends the sound of Americana, occasionally offset by grungy guitars, with lyrics that remain very much at home in the towns and cities of England. “Although a lot of the songs have a Country feel,” Dave explained, “they’re still about life in England. You’re going to feel a bit daft singing about pick-up trucks and low down honky-tonks when you live in Yorkshire.”

Discussing the album’s sound further, Dave told me: “A lot of it is a bit Country & Western. But, having said that, there’s some songs that could’ve been classed as New Wave back in the day... Within the band we’ve got quite diverse musical tastes, and I think we’ve covered all that on the album.” He then joked, “I was going to say ‘there’s something for everyone’, but I know that sounds a bit trite.”

Trite perhaps, but not wrong. Amongst the 12 tracks, there is a varied range of styles; and in some cases it’s possible to pinpoint the exact musical influences. “Holiday Monday”, for example, which Dave specified as “one of the songs I was alluding to when I said more New Wave-ish”, sounds very much like Tom Petty in parts; while “When I’m Gone” reminds me of R.E.M. - a comparison that Dave called “quite a compliment.”

The first single from the album is “Meet You on the Northside”, a catchy ode to Dave’s hometown Hull that is reminiscent of legendary supergroup Traveling Wilburys. Although he hasn’t lived in Hull for a while now, Dave declared that “it doesn’t change how I feel about the place; and I may in fact end up going back there shortly - that’s a different story.” The lyrics explore what it was like for Dave “growing up in the ‘60s as a young kid”, and how those times and that city will always be in his heart - or as the song’s lyrics deftly put it, “the slowly rolling river, is forever in my blood.”

Besides “Meet You on the Northside” (which he co-wrote the lyrics for), I wondered which songs on the album resonate with Dave most. He spoke about two in particular: "The last song on the album, "Stars Still Shine", is quite a sad song; but that resonates with me quite a bit at the moment, for various reasons." He's also “quite a fan of “Beautiful People”, because of the subject matter - I’m not a big fan of these reality shows… You’re a star without doing anything, and I don’t think that’s quite right.”

I concluded the interview by asking Dave if he had a message for his fans. “I hope people just give the album a listen, and let us know what they think - good or bad,” he replied. “That’s all you can do, isn’t it? Just put it out there and see what people think. But we’re proud of it, for sure.”

Sunbirds are proud of the album, and understandably so. Cool to Be Kind exhibits masterful musicianship across 12 distinct songs; and the honest lyrics, easily relatable to listeners of all ages, display an interesting mix of melancholy, hope and humour on topics like love, longing and depression - not to mention the upbeat "Gene Kelly" contains possibly the first ever musical reference to Gary Lineker.

Cool to Be Kind is officially released on October 30th via independent label Nectar Records, though it is available to pre-order now.