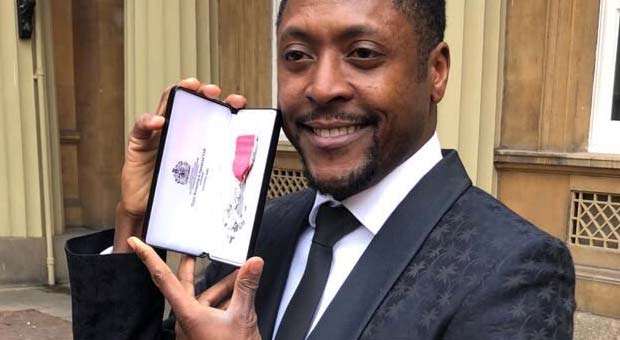 We chat to Matt Henry

Olivier Award winning actor and singer Matt Henry has wowed West End audiences with his excellent portrayal of Lola in the hit musical Kinky Boots. Next month he appears at HOME in One Night in Miami. We caught up with him to chat about this, playing Lola and impressing coaches on the TV talent show, The Voice UK.

What attracted you to One Night in Miami…?

When I first read One Night in Miami… I instantly felt connected to the piece and its story. The fact that Sam Cooke, whose music I grew up on, Malcolm X, Cassius Clay and Jim Brown - four iconic black men at the top of their game - actually hung out in a motel room on the night that Cassius Clay beat Sonny Liston… it’s incredible to think of.

How is the tour going so far?

The tour is going great. The audiences have been amazing. It’s so gratifying as an actor to feel the audience is with you from lights up to lights down. They’ve responded so well to the play. It’s one of the many joys I find performing outside of London. Audiences seem more reactive to what they’re seeing on stage.

What makes the piece so relevant, in your opinion?

The play pushes some big topics that are still relevant today, such as racial inequality, discrimination and white privilege. Sam Cooke sings “A Change is Gonna Come” but for many black and ethnic minority communities, the struggle still continues. This play forces us to hold a mirror up to 2019; to reflect on what has changed, and how far we've still yet to go.

You have starred as Lola in Kinky Boots, a big musical with a huge following. What were your highlights?

I had the best time on Kinky Boots and playing Lola was a dream. The show has such a huge heart and an even bigger message of love, equality and acceptance. One of the highlights was getting to star opposite Killian Donnelly and perform “Not My Father’s Son” as a duet. It’s one of the most beautiful moments in the musical, it literally moved me to tears every time. Also, how could I forget getting to strut and dance around the stage in six-inch stiletto knee high red boots in the finale of “Raise You Up”?

Winning an Olivier has definitely made me more driven. It’s pushed me to work even harder to create opportunities and to focus on projects I believe in, big or small. I just love performing and enjoy doing what I do.

You performed on The Voice UK, was the impact of being seen by millions on TV instant, in terms of your career?

I had a fantastic time on The Voice. It really helped to reignite my passion for wanting to perform. I viewed the process like any other audition, it just happened to be in front of millions of viewers. I still applied the same skill set, focus and discipline as if I was walking into a theatre audition or television casting. I look back on my time with the show very fondly… it was a milestone of change in my creative destiny.

What would you say have been the highlights of your career so far?

One of the biggest highlights would have be getting to tour with Cindy Lauper. It was a dream come true, to finally get to sing and perform my own music from my debut album Red Flare. I had spent two years after my time on The Voice working with the most amazing artists: Dan Gillespie Sells (The Feeling), Connor Reeves, Mr Hudson, Robin French, Drew McConnell and Ben Earl (The Shires). I had such a wonderful time touring the UK and opening the shows for her.

Why would you tell audiences to come and see One Night in Miami…?

It’s a great night out full of energy, laughter and emotion. The writer of the play, Kemp Powers, has managed to create the perfect backdrop of 1960s America, from the English music invasion of the Beatles and the Rolling Stones to the rise of Black Power, the death of JFK. With stellar performances by a cast of talented actors, you also get to hear my rendition of ‘A Change is Gonna Come’ - it’s an evening not to be missed!

One Night in Miami… is at HOME Manchester Tue 2 - Sat 5 July. Tickets below