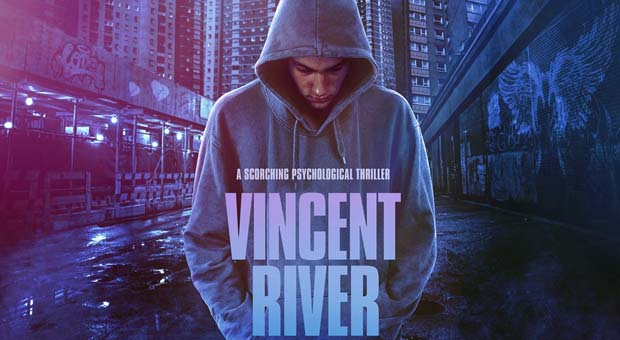 Green Carnation Company, whose mission is to tell queer stories through quality theatre, will return to Hope Mill Theatre from Wednesday 12 to Wednesday 19 October to premiere their first production since the pandemic. The play, ‘Vincent’ River’, is a tense, heart-breaking, and at times darkly humorous thriller examining hate crime, loss, prejudice and sexuality in a tense game of cat and mouse set in London’s East End.

Green Carnation began its life in 2018 when it was founded by Manchester based co-directors Dan Ellis and Dan Jarvis (aka ‘The Dans’) to produce Alexi Kaye Campbell’s time-travelling drama ‘The Pride’ at Hope Mill Theatre. The company is named after the green carnation Oscar Wilde wore in his lapel as a secret symbol of his homosexuality to those who shared his sexuality. In 2020 Green Carnation took Kevin Elyot's 'My Night with Reg' on a tour, opening to sold-out crowds at The Lowry, Salford before taking off to Hull, Huddersfield, Durham and Coventry until COVID cut the tour short. Thanks to funding from Arts Council England and the National Lottery the company was able to weather the storm of the pandemic, and even commissioned 5 new monologues by emerging LGBTQ+ writers that were filmed as part of their ‘Queer All About It’ programme.

The effect of COVID on the theatre industry was devastating, and Green Carnation were no exception. It looked at one point that it might be the end of the company’s journey to become one of the UK’s brightest LGBTQ+ theatre companies. However Dan Ellis and Dan Jarvis are determined to bounce back stronger than ever with Green Carnation Company’s latest production, Philip Ridley’s 2000 play ‘Vincent River’.

Ridley’s powerful script is set in London’s East End at the turn of the millennium and explores the themes of grief, desire and family, as two connected souls meet for the first time, with devastating consequences.

Explaining the reasons for choosing ‘Vincent River’ as Green Carnation’s comeback production, co-director Dan Jarvis said: “We tell queer stories through quality theatre. And there’s something so urgent – vital even – about Philip Ridley’s writing that made us think this had to be our next play. Grief, homophobia, shame… ‘Vincent River’ addresses these unflinchingly. We live in uncertain times and this play speals to them.”

The play will also mark Green Carnation’s return to Hope Mill Theatre, the venue where their journey began. Hope Mill Theatre is Manchester’s beloved independent theatre venue, producing and programming top quality musicals, dramas and spoken word within the venue’s signature intimate atmosphere where audiences are a hairsbreadth away from the performer. Founded by partners Joe Houston and William Whelton in 2015, Hope Mill hit the national spotlight in 2022, winning WhatsOnStage’s ‘Best Regional Production’ with their production of Jonathan Larson’s ‘RENT’.

As well as performing ‘The Pride’ at Hope Mill, Green Carnation also took part in 2021’s TurnOnFest – Hope Mill’s festival of new LGBTQ+ theatre. Co-director Dan Ellis explains why returning to Hope Mill feels so important for the company: “Returning to Hope Mill Theatre means the world to us. It’s where our journey began in 2018 with our sell-out production of ‘The Pride’ by Alexi Kaye Campbell. They took a risk on us and we’ve gone from strength to strength since. They do incredible work supporting new theatre makers, including their TurnOnFest for new LGBTQ+ work which we were proud to be part of in 2021.”

Joseph Houston, Director and co-founder of Hope Mill Theatre is more than happy to welcome Green Carnation back to the  theatre: “We are thrilled to have Green Carnation back with us. In 2018 they had their debut production of ‘The Pride’ which sold out and received great reviews from audiences and critics. We worked with them again on TurnOnFest, our annual LGBTQ+ festival, with a selection of monologues shining a light on diverse queer stories. They are an incredibly exciting, grass roots LGBTQ+ company who are making great strides in Manchester and beyond and we are thrilled to welcome them back this year with ‘Vincent River’.”

‘Vincent River’ will be performed at Hope Mill Theatre from Wednesday 12 to Wednesday 19 October 2022. Ticket prices are £18 full, £15 concessions (apart from preview price of £15 full, £12 concessions on Wednesday 12 October only).