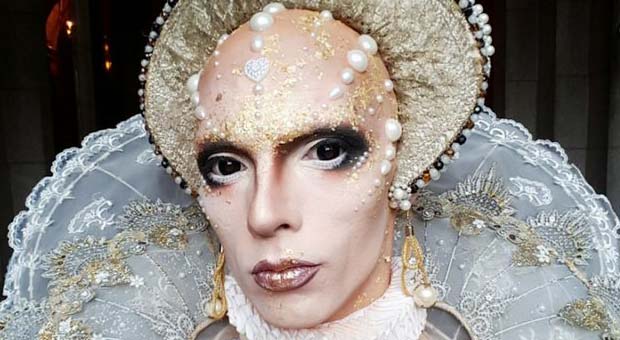 Ultimate Drag Extravaganza To Be Streamed By LGBTQ+ Charity

This Friday, Manchester Pride In Your Living Room takes on a whole new look with a new show curated and created by Drag SOS star Cheddar Gorgeous featuring work from 11 of the city’s most iconic drag acts.

The show is being screened as week five of the LGBTQ+ charity’s bid to brighten up life at home for LGBTQ+ people across the world.

It is the first in a series of four weeks of original shows that have either been curated or funded by the LGBTQ+ charity to offer a platform to showcase the very best of Manchester’s queer talent.

Each night viewers will be encouraged to follow Manchester Pride’s social media channels for the chance to enter competitions to win festival tickets and merchandise.

Mark Fletcher, chief executive for Manchester Pride, said; “The history of drag is so integral to Manchester’s LGBTQ+ heritage.  We have seen some of the country’s best performers start their careers on Canal Street and go on to make huge careers both from performing live and as household names on the TV.

“We were proud to support Cheddar bringing together some of her favourite acts to perform from their own homes for the Manchester Pride audience.  ”

Cheddar Gorgeous said; “Manchester has an amazing and diverse drag scene and I am excited and proud to show it off to the world. It is wonderful that Manchester Pride has provided us with the opportunity to fund the show and showcase a selection of the city’s fabulous divas on Friday night.”

The performances will be hosted on Manchester Pride’s YouTube at 8pm.

Donations received on the night will go to the Manchester Queens to enable them to create more shows like this. Anyone who wants to donate can text MCRPRIDE to 70450 to donate £3.  Texts cost £3 plus one standard rate message and donors will be opting in to hear more about the charity’s work and fundraising via telephone and SMS. If they’d like to give £3 but do not wish to receive marketing communications, text MCRPRIDENOINFO to 70450.