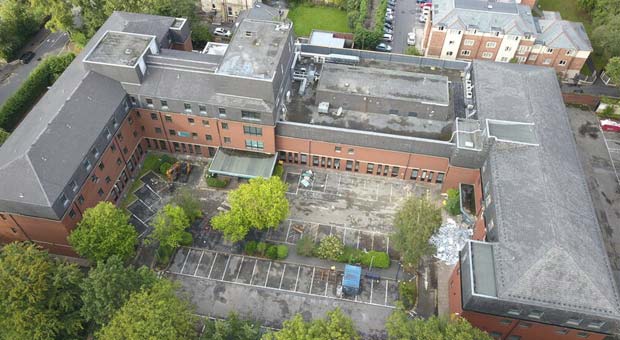 Way back in 2019, I wrote a piece for Northern Soul about the UK’s first LGBT retirement community that was due to be established in Whalley Range, South Manchester. The scheme, which was created in conjunction with the LGBT Foundation, was founded by Manchester City Council in 2017 to address specific problems faced by older LGBT residents, including loneliness and isolation.

According to an LGBT Foundation report, commissioned by Manchester City Council, older people in the LGBT community also experienced fear and discrimination in their existing accommodation and there was a desire for LGBT-specific accommodation where they can be open about their identity in later life.

The project was going great guns until 2020, and we all know what happened then. However, I was happy to see a press release arrive earlier this year, which announced that the scheme was still progressing in partnership with Anchor Hanover Housing.

The Council’s press release stated that Anchor Hanover Housing were selected “after demonstrating their experience in delivering similar projects across England”, including New Larchwood, an LGBT inclusive retirement housing scheme in Brighton, and “showed an ambition to create a facility that meets the needs of the city’s LGBT community”.

So, now felt like the right time to get an update on this ground-breaking plan that will, once again, put Manchester on the map.

“We announced it when it was an idea and have faced a lot of hurdles since then,” explains Councillor Bev Craig, who has been a champion of the scheme for many years. “We demolished the site of the old Spire Hospital and found that there was some treatment work that was needed.”

Bob Green of the LGBT Foundation has also been involved with the project since its inception.

“It has been a long journey that started in 2016,” he explains. “People are desperate to move in. One gentleman said he will have to soldier on where he is at the moment. It is crucial that we do it right. We have formed a community steering group of older LGBT residents of Whalley Range.”

The new players in the scheme are Anchor Hanover, who are the largest provider of specialist housing and care for older people in the UK and will bring something different to the project.

This all sounds impressive. But is there a danger that the LGBT community will continue to feel removed from society?

Green says: “It isn’t LGBT exclusive, but LGBT majority. We don’t want to lock people into a ghetto. Many people have been through traumatic experiences. These people find themselves going back into the closet as they are frightened of the reaction, or they are preyed on due to their orientation. LGBT people don’t always have blood family, but they do have a chosen family who they can be surrounded by.”

Even with the new flagship site back on track, the project will only go so far to help the older LGBT community in Manchester. In partnership with this scheme, there are also plans to create LGBT accreditation for other care homes in the area.

Craig explains: “We did the leg work for this and were just about to launch when the pandemic hit. All I can say is stay tuned for the coming weeks and months.”

Russel Road mid demolitionGreen adds: “Andy Burnham said at his hustings that this is now a challenge to other areas in the Greater Manchester area. We also want to meet the needs of other groups like LGBT homeless, young people and other people who need community housing. It has sparked more ambitions. It is an exciting time, and I am proud that Manchester City Council have stuck with it.”

While it could still be some time before the site is able to open its doors, anticipation is certainly building.

“I want to see a big party with laughs and tears,” says Green. “After years of effort, I will be crying with relief. To say that this is their home and they have found community spirit will be overwhelming. We have been dreaming about this for decades. There was talk about something like this in the 1980s and 1990s, so it will be a day to remember. But we need to ensure that [the project] continues.”

By Chris Park and first published at NORTHERN SOUL with thanks.