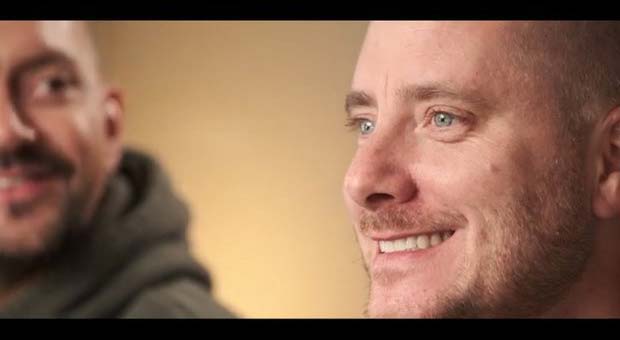 Wes and Michael are widely recognised for their surrogacy activism, dedicated to raising awareness of same-sex parenting, normalise families like theirs (two daughters and a son, the youngest two born through surrogacy), and using their platform of 40,000 social media followers to educate, support and inspire. They passionately believe that family is for everyone, and want to dispel the myth that gay couples have to travel America to spend hundreds of thousands of pounds on surrogacy, which is available in Manchester and throughout the UK.

Wes and Michael’s message has been globally recognised; they have influenced laws, including being invited to the Houses of Parliament by the All Party Parliamentary Group to discuss the Surrogacy Law Reform, appeared in the 2017 Sainsbury’s Christmas advert (as well as advertising campaigns by Audi and Vodaphone, to name a couple), and are the stars of 2017 Channel 4 documentary ‘Gay Dads Forever’ and a BBC documentary to be released this May. Everywhere they go, Wes and Michael campaign for equal treatment for intended parents through surrogacy.

Hosted at the Malmaison Hotel, the 28th March ‘UK Surrogacy Information Event - Your Route to Fatherhood’ panel will include Wes and Michael, a surrogacy legal expert, Dr Sue Montgomery (CARE Manchester’s embryology Laboratory Manager), and Selina Wilkinson, who is Donation Lead of the whole CARE Fertility group, but is based in our Manchester clinic.