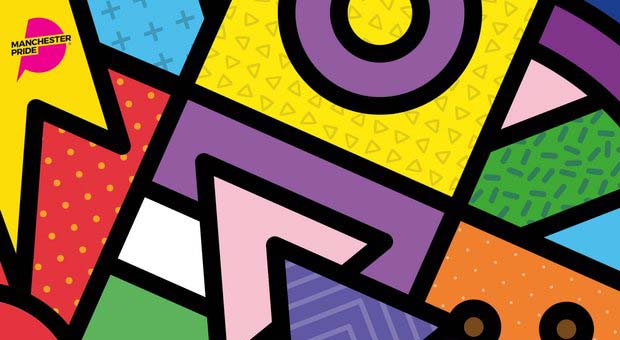 The Human Rights Forum, which explores vital issues such as trans rights and BAME inequality, formed part of the innovative content created by the charity as part of the Alternative Manchester Pride Festival that took place over August Bank Holiday.

A theme focused on during the panel was The Role of Pride in Race Equality, which pointed out white supremacy within society which has been engraved into the education systems and communities.

If we change the smaller system that is Pride, that is one step towards changing the big thing that is society. That is the work of all people to dismantle the work of white supremacy and it’s white people who put the supremacy there.”

“We need to teach that being racist is not just saying bad words, we are all living in this house that white supremacy has built. We’re going to have to go back into schools to have those conversations.”

Ben, who is the BBC News LGBT correspondent, said it’s about “communication” and “to push more people's understanding of race as in the LGBT community there is a lot of white folk.”

The panel discussion led on to the final of the difference between allyship and savourism, with Munroe saying: “It’s important that we teach accurately and that we identify the contributions to people in the country. We need the government to be on our side.

“Alliship is walking the walk and savoursim is talking the talk. There needs to be a balance of talking, so that you are leading by example. Allieship is what you should be doing and the thing you can do for black lives is be anti-racist.”

The forum put focus on the need for more conversations and self education to take place in order to move towards changing attitudes towards trans people. Munroe discussed how trans people have been made into activists due to no change taking place and a lack of development or acknowledgement from higher powers including the media.

Munroe said: “Looking at the institutions of power they are heavily conservative, along with this, TV and the media have a long way to go in acknowledging the changes needed,  it can’t just be down to the arts.

‘In order to change the narrative, we need to focus on the reality that trans people face as we are continuing to have very redundant conversations. It’s not a fair fight, it can’t be on the trans people all the time to educate people - we need to understand that there’s a problem with transphobia, we have to deal with transphobia and it’s institutionalised.”

A poll that took place during the discussion showed that 100% of people believed joint activism works, something the panel highlighted with how trans allyship is taking what a person is good at and applying it to a community that doesn’t have the same privileges.

Juno Dawson discussed how the conversation on cancel culture has moved people on from the original conversation of transphobia, deflecting from what we should be talking about.

With Ben Hunte believing it could deter people from asking relevant questions which is important in educating people on trans rights.

Following on from the discussion on cancel culture, the topic turned to feminism, with the panel discussing how feminism serves as a tool of liberation, that includes all identities, sexualities, gender expressions, with Munroe commenting “whoever a person is, feminism should be there for you.”

Mark Fletcher, Manchester Pride CEO, said: “The panel discussion was a significant part of the Alternative Manchester Pride Festival, with conversations around the topics discussed being more vital than ever.

“We wanted to acknowledge that these conversations around equality need to be had and the panel provided an insight into what more needs to be done to enable change.

“The theme of The Role of Pride in Race Equality within the discussion was of huge importance for us to include with reasons why being touched on by the panel. This is a theme that is now more relevant than ever, especially as we mark Black History Month this October, offering us a real chance to discuss the issues surrounding race inequality even more.”

** Juno Dawson -“The system in this country has been designed with white people first.”**

**Munroe Bergdorf - “Whoever a person is, feminism should be there for you.”**