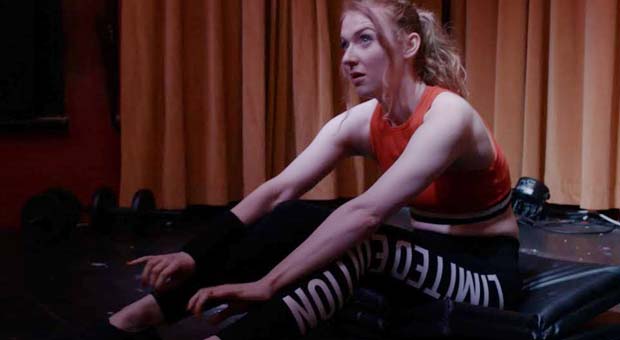 Manchester’s theatre scene has become a hub of new writing, and just last summer ‘Burnout’ debuted as a fringe-style piece at the Three Minute Theatre (Afflecks Arcade). The show was a sellout, and received outstanding audience feedback before going on to win a ‘Highly Commended’ Northern Soul Award in the ‘Theatre Production of the Year’ category.

Now, this autumn, it returns to Manchester as a full-length play, in two acts, and will be performed at the King’s Arms on Friday 18th and Saturday 19th October.

The play takes place all in one night - at a 24-hour gym from midnight until the early hours - and revolves around ‘Raf’ who was, seemingly, the greatest guy in the world. He’s now, however, a missing person and the play focuses on the impact he made on those around him, and the little spiral of chaos he left in his wake. His disappearance affects the characters in many ways, including their relationships; opening wounds between the flirtatious Megan and her loving girlfriend Becky. It is also the catalyst for a very messy love triangle- with obsessive gym member Elise in the midst of the disarray.

Dealing with various issues, from suicidal thoughts to drug abuse, ‘Burnout’ is not a play to be taken lightly. It’s aim is to normalise talking about mental illness and help to fight the stigma, via theatre. But it isn’t completely dark either and there are many light moments and moments of humour throughout.

Written by Selina Helliwell, an emerging young writer from Greater Manchester, this play was inspired after working with esteemed playwright Jim Cartwright at ‘The Cartwright Drama Studio’ in Manchester. Already inspired by Cartwright’s work from a young age, Selina trained with Jim after being inspired by his aim to make Drama Training more accessible for working class actors.

As well as showcasing a fresh, new voice in the Manchester theatre scene, this production is your chance to see an extended version of the play that caused such a buzz last summer!