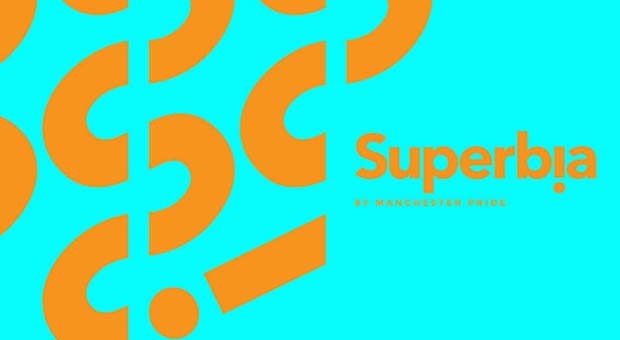 Manchester Pride will deliver three days of virtual celebrations for LGBTQ+ people in Greater Manchester over the August bank holiday weekend, in a bid to reduce the impact of social isolation through celebration.

As part of the Manchester Pride Alternative Festival, the LGBTQ+ charity is shining a light on the important conversations happening around the world right now with a new Human Rights Forum to the programme on Sunday.  It will also welcome trailblazing LGBTQ+ artists to take part in a Superbia virtual special.

The new event comes off the back of feedback gathered during listening groups, online consultations and research conducted by the Manchester Pride team at international Pride events, answering a call for a space to embrace discussions and reflections on key LGBTQ+ issues, with a live broadcast and Q&A.

Delivering a panel which brings together activists and thought-leaders to discuss the most relevant and pressing LGBTQ+ issues, the Human Rights Forum is part of the charity’s commitment to amplifying LGBTQ+ issues and campaigning for equality. Topics for discussion will include Trans Rights are Human Rights' and 'The Role of Pride in Race Equality'.

These exciting event announcements come as Alternative Manchester Pride Festival secures the support of key sponsors who are committed to supporting the celebration of LGBTQ+ life over the August Bank Holiday Weekend. Alongside headline sponsor Virgin Atlantic, Auto Trader, The Co-operative Bank and Kampus have also come on board in order to ensure Manchester Pride can deliver its Alternative Festival.

Mark Fletcher, CEO of Manchester Pride says “We’re really happy that we can bring a new series of cultural and activism-led content to Manchester Pride’s Alternative Festival this year. We want to create something that is tangible and opens up positive conversations around key LGBTQ+ issues. The Human Rights Forum is so important in creating a safe space for discussion and reflection, and the diverse range of events curated through our alternative Superbia weekend brings together a diverse offering designed to culturally enhance the lives of LGBTQ+ people.  I urge everyone to tune in to hear some of the most pivotal voices in LGBTQ+ arts, culture and activism.”

“We must also take a moment to thank our sponsors, Virgin Atlantic, Auto Trader, The Co-operative Bank and Kampus for supporting the Alternative Manchester Pride Festival.  Their support means these powerful voices can be heard, and important issues discussed.  This year has been incredibly tough for many organisations, including our own, so to have these key businesses - all of which centre diversity and equality at the heart of their operations - step up and continue in their support for us has enabled us to continue with our campaign for LGBTQ+ equality and provide a much needed celebration of LGBTQ+ life in these difficult times.”

Superbia supports, curates, funds and celebrates LGBTQ+ life across Greater Manchester all year round, both to encourage engagement and well-being and to reflect and culturally enhance LGBTQ+ life.  Now in its fifth year, the Superbia Sunday, will take place on 30th August, from 2pm to 6pm on the Superbia’s Youtube channel with a line-up of culturally-driven cinema and conversations with LQBTQ+ creative pioneers including television maverick Russell T Davies.

The films being screened will be:

Cruising The Clyde by Siobhan Fahey

At the turn of the millennium, Queer As Folk brought Manchester’s Gay Village and the messy, sparkly realities of queer life to the public consciousness in a never-before-seen way, as the work of Russell T. Davies changed the face of British television. In 2005 Russell lovingly revived a British institution, Doctor Who, with inventive writing, genius casting and a politically-charged inclusive worldview. Russell’s dozens of writing credits and creations have tackled subjects such as sex work, desire, faith, death and the future with humour, heart and humanity, and much of his work has been set in Manchester. Forthcoming drama Boys takes place in the early years of the AIDS crisis in London and airs this Autumn.

Award-winning writer, actor, musician, dancer, choreographer, playwright and producer Rikki Beadle-Blair, MBE is a highly influential British artist, a Londoner through and through, and truly beloved by the Manchester LGBTQ+ community via his well-known role as Master of Ceremonies at the annual Vogue Ball, where he preaches the true history of Vogue and Ballroom. Working across stage, radio, television and beyond, Rikki has been a pioneer voice for the gay Black experience, always idiosyncratic, loving and challenging in his work.

Rikki will be interviewed by his friend and long-time collaborator, Darren Pritchard. Together Darren and Rikki host the explosive Manchester Vogue Ball, brilliantly documented in the Superbia-supported film Deep In Vogue. Darren is a dancer, choreographer, theatre-maker, teacher, mentor, co-founder of Black Gold Arts, Mother to the House of Ghetto and House Of Noir, and the perfect creative dynamo to discuss Rikki’s outstanding legacy.

Anna Phylactic, is the world-famous drag alter-ego of actor, artist, performer and creative genius Daniel Wallace. Anna’s explosive, stylish and hilarious performance work, her unique and impeccable looks and her eccentric drag persona are synonymous with the Manchester drag renaissance of the last decade. From Cha Cha Boudoir and The Family Gorgeous, to the worldwide reputation of the #ManchesterQueens, to a central role on Channel 4’s Drag SOS, Anna has experienced the drag life like few others. She will talk about this wild ride, the present and future of drag, and more at our Superbia in-conversation.

Anna will be interviewed by Grace Oni Smith, fellow sister of The Family Gorgeous and Drag Lab, trans activist, and pioneer of queer performance through her work at Manchester nights Tranarchy, Cha Cha Boudoir, Drunk At Vogue, Make A Scene and Creatures Of Catharsis. Grace’s practice across music, performance, visual art, make-up, costume and more has seen her perform internationally.

Author of five novels and numerous short stories, Niven Govinden’s latest work This Brutal House – praised by writers Andrew McMillan and Olivia Laing – revives the legendary POSE/Paris Is Burning-era of the New York City queer ballroom scene to weave a tale of protest, loss, queer identity and social justice. The novel has been shortlisted for both the Polari Prize and Gordon Burn Prize, and longlisted for the Jhakak Prize.

Niven will be interviewed by Tawseef Khan, a Manchester-based immigration and asylum lawyer, Muslim activist, and co-editor / founder of Superbia-supported literary journal, FRUIT. Superbia also collaborated with Tawseef to bring the Aks Festival of international queer minority film to Manchester for the first time. Tawseef is author of forthcoming title, The Muslim Problem: Why we’re wrong about Islam and why it matters.

For more information about the Alternative Manchester Pride Festival