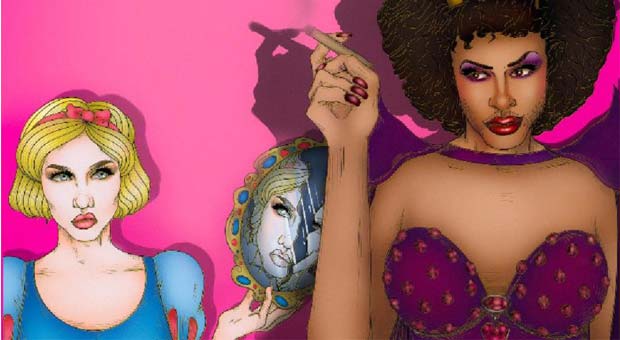 In the City of Mancunium a very privileged princess is fed up with her royal duties, with the drudgery of the palace and with her library of dresses. The once charming prince has eyes only for the beasts of the palace and an evil queen lurks in murky undergrounds and threatens to rise out of the cities sewers and back into power.

SNOW WHITE’S PRIVILEGE is the first NIAMOS Christmas Show at the historic Hulme hippodrome. This is a scandalously alternative panto filled with feuding royals, fake news, and a douchebag prince. A modern retelling of an age old narrative exploring our contemporary notions of privilege and power.

Written by local writer Elmi Ali, Snow White’s Privilege is a modern, Mancunian sequel to the age old fairy-tale set in the years after Snow White’s happily ever after.

Snow White’s Privilege brims with spirit and power as it turns a spotlight on marginalised voices in our society which are often unheard on stages at this festive time of year.

This show has been made possible by support from the Arts Council England.