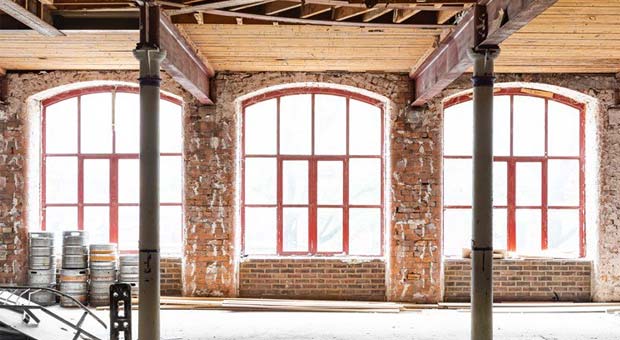 Say hello to the Cotton Yard on Canal St

Staying Cool announced the Cotton Yard as the name of its new 41-unit apartment hotel recently, as construction commenced on the Chorlton and Canal Street site in the heart of Manchester’s Village. Offering a mix of studios and suites over four floors of the existing building, together with eight duplex penthouses in a new rooftop extension, the build project will take approximately 12 months and see the first guests arrive through its doors in September 2020.

“The building was a former cotton finishing yard, so the name Cotton Yard just made sense. We also think it has a nice ring to it,” said Paul Taylor, Staying Cool’s Joint-Managing Director, “Built in various stages between the late 19th and the early 20th centuries, it’s a stunner of a building, which we are really excited to be bringing back to life after years of neglect. It is a perfect location for a design-led apartment hotel.”

“It is an ambitious restoration and build – a bit of a grand design project – and we’ll be documenting it on a dedicated Instagram account @cottonyardmcr, so people can experience the building being brought back to life,” continued Manchester resident, Taylor.

The apartment hotel on the corner of Canal Street and Chorlton Street, within the Whitworth Street / Princess Street Conservation Area, was once home to Oliver Peyton’s innovative Mash & Air – a favourite haunt of Staying Cool’s founders. The building was acquired by the Cringle Corporation and Staying Cool won a CBRE-led competitive tender to determine the development’s operator.

A joint partnership with Bespoke Hotels, the Cotton Yard will sit alongside Staying Cool’s existing 35-suite apartment hotel, which occupies the top floors of Birmingham’s iconic Rotunda. “We’re delighted to be able to confirm that the Cotton Yard is out of the starting gates and a few steps closer to being brought back to life in Manchester – the city where our story began,” continued Paul Taylor.