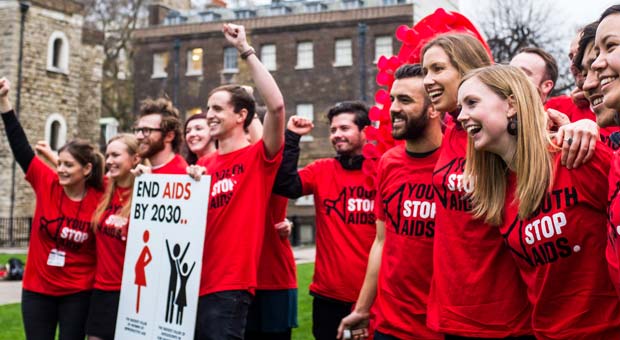 The partnership will launch in an event on Canal Street on the 1st December 2019 to coincide with World AIDS Day 2019, an annual event that aims to unite people against HIV which this year has the theme of ‘communities’

The partnership and launch event brings the true meaning of community support to light on the efforts that have been put in by communities to support those living with HIV/AIDS since the peak of the 1st epidemic in the 80s, it also highlights the commitment we have to have as a community of helping those less fortunate who still find themselves in the same situation in lesser developed areas of the world.

Later in the evening, the event will move down to Barpop’s main floor for a range of entertainment late into the evening as a fundraiser for Manchester Youth Stop AIDS. The late night entertainment will be hosted by Salford Pride’s resident Drag Queen, Venus and will see the Barpop Showteam, Miss DQ and very special guest, Miss Thunderpussy (Sponsored by Iconic Bar) take to the stage.

Lewis Wilkinson from Manchester Youth Stop AIDS says: “The theme for 2019 WAD is ‘Ending the epidemic, Community by Community’ today we are here in a community venue in Manchesters Gay village, as part of a community that was so heavily affected with loss at the peak of the epidemic. The reality of today is that people like myself can live long, fulfilling lives and in turn can dedicate time to the global effort. We no longer face a death sentence in the UK thanks to the advancements made with the help of communities across the country, now we have to do everything to make sure our Government do everything they can towards ending death by complications due to the condition in not so fortunate parts of the world”

Graham Rimmer, Design and Marketing Manager for Salford Pride, says: “Working with organisations such as Manchester Youth Stop AIDS enables us to reach further out into our community and stand united to end the stigma surrounding HIV and AIDS in addition to the continuous lobbying of ministers and pharmaceutical companies”.

Manchester Youth Stop AIDS is the local division of Youth Stop AIDS and is a youth-led movement campaigning for a world without AIDS (previously called Student Stop AIDS Campaign). Our network of young people across the UK speak out, take creative action and engage those in power to ensure that governments, global institutions and corporations are committed to ending AIDS by 2030.

Salford Pride is Greater Manchester’s largest local pride group and hosts events throughout Salford to raise awareness of LGBT+ issues in the local community. Their mission statement is “Working to build a community that is stronger and promotes the diversity and equality of the LGBT+ community”. Their flagship event, the Pink Picnic, saw 5500 people flock to Peel Park in June 2019 and is set to return for its ninth year on the 20th June 2020.

Both Lewis and Graham will be available for comment on the evening and we will be happy to try and accommodate any other requests for comment from other guests that you may have.

If you’d like to attend, or have any further questions, please contact Liam Shaw Publicity Officer (External Relations) at Salford Pride on Liam@SalfordPride.org.uk