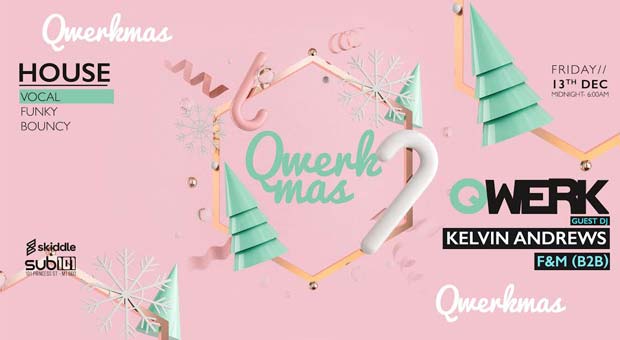 We asked Kelvin a few questions about his DJing life, here's what he told us:

Q. When did you start DJing, where was your first ever guest DJ set - and what or who were your early passions and influences?

A. I played records at a handful of parties beforehand but my first paid gig was in late summer in 1982. It was at a club called Maxims in Newcastle under Lyme and they never booked me again. I was convinced that they wanted to hear funk and electro but I was mistaken. I got £15 and told I had no future in DJing.

I used to go dancing as a teenager at a club called The Place. Downstairs was known as The Basement and it was tiny with a big set of speakers. The DJ there was Trevor M and he played Jazz, Funk and Soul and later on electro and boogie, mostly U.S. Imports. My obsession with underground dance music started there. My dad also had some seriously heavy funk and jazz albums from the mid 70s so I was primed.  My mind blown at the Place and I was say 14 or 15.

Q. When you show up at a nightclub, what elements make it enjoyable and fun to play?

A. An open minded crowd and a decent sound system are the basics. I've been very lucky to have had mostly good experiences and I've played at some of the best spaces in the world so I feel very blessed.

Q. What are the differences between playing an intimate club space compared to larger venues?

A. Obviously the larger venues are much less intimate and it's harder to connect with the dancefloor. I do love that connection.

Q. What's the most surreal situation you've found yourself in whilst Djing?

A. 2002, Djing on the edge of a tropical jungle in Brazil with monkeys above my head and a crowd of ballroom gowned queens going bat crazy has to be up there. You don't forget things like that in a hurry.

Q. What would you define as your best ever gig?

A. I played an incredible gig in a garden just outside Buenos Aires about 18 years ago. Everything I played just seemed to be the perfect choice . That and the two sunrises I played for Electric Elephant at Barbarellas in Tisno. Unforgettable, dream-like experiences.

Q. What would be the dream DJ line-up for you to be part of?

A. James Holroyd, DJ Harvey and Andrew Weatherall would be hard to beat I reckon. I've played with them all but together on the same line-up would special.