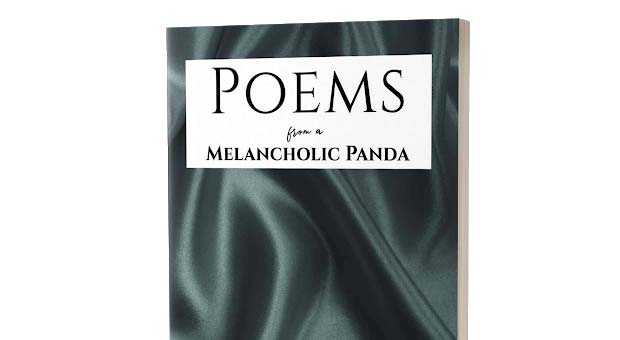 Poems from a Melancholic Panda – a queer poetry book

The book, which is compiled of 55 poems has been in the works since 2012 and is all from Kolin’s perspective.

A primary theme in Kolin’s poetry is remembering queer people who have not left a legacy behind. In the Adoption and Children Act 2002 Parliament provided that an application to adopt a child in England and Wales could be made by either a single person or a couple.

The previous condition that the couple be married was dropped, thus allowing a same-sex couple to apply. Kolin reflected on his inability to adopt. “In the 80’s, you didn’t have much choice, so in my mind I said: ‘what can I do?’ because I was gay.”

He then joked: “Now I feel too old and tired to do it, so I decided to write poetry to make a legacy for all gay people who didn’t have those options.”

Much of the material is based on the diaries he kept over 40 years, and he wrote about crucial moments in Greater Manchester’s history. One poem is about the first ever pride gathering, held in 1993.

The characters of his youth mentioned included “Solitaire”, who was an infamous figure around the village. “If they’re not remembered, then people don’t always value what we’ve got now.”

He also commented on the persecution of LGBTQ+ people across the world today, particularly brazil: “The Brazilian queens don’t know what has hit them.

“The president of brazil has said he doesn’t want Brazil to become to the gay capital of the world. The clubs are closing left right and centre.”

He also confessed that it is a comfort to leave his own legacy – the book, behind: “It is so comforting, because I know now that if anything happens to me or when I pass away, I’ve left something behind me.”

Kolin shared his hopes that LGBTQ+ youth would be inspired by his work and tell their own story in the future. “As long as some person stands in their bar at their village and does this, why shouldn’t they? Their story is just as important.”

The Poet is currently working on his next poetry book. The title is yet to be announced.

You can buy Poems from A Melancholic Panda on Amazon, Kindle and through Austen MacCauley Publishers.