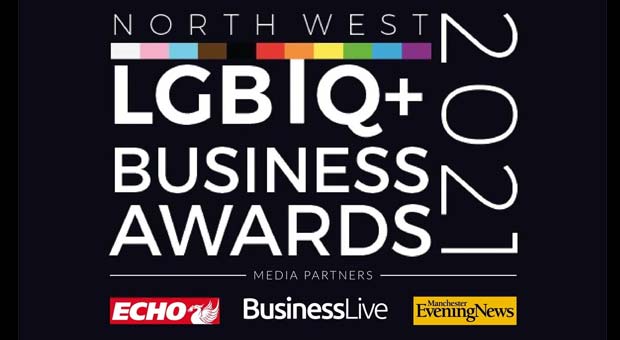 The awards which are taking place this September will bring together businesses and people from across the North West of England.

Founder of the awards, Drew Cockton explained that an awards ceremony for LGBTQ+ and allied businesses was needed now more than ever:

“The past twelve months have been extremely difficult for the hospitality industry for obvious reasons. The LGBTQ+ Business Awards will shine a light on the achievements of businesses and people in the community and we are looking forward to receiving nominations for the region’s favourite bars, pubs, restaurants and hotels”.

Prizes will be given at a black tie dinner taking place at Heatherfield House on the Wirral on Thursday 16th September 2021 with several VIPs in attendance including Jürgen Maier, CBE, (former CEO of Siemens in the UK) and Dame Angela Eagle.

The awards will also celebrate the contributions of LGBTQ+ allied businesses which go above and beyond to make their services and workplaces as accessible as possible to members of the community and to demonstrate an open and tolerant attitude. Sadly, a recent study showed that almost 70% of LGBTQ+ said they would feel uncomfortable holding hands in public.

“Thankfully there are many so welcoming hospitality venues across the North West which support LGBTQ+ charities and causes and train their staff in diversity and inclusion. We want to show our appreciation”

The awards will also be supporting LGBTQ+ charities including the LCR Pride Foundation and the Albert Kennedy Trust. A spokesperson for the AKT said “We are very excited to be a part of this project that uplifts LGBTQ+ identities and the important work of the community”