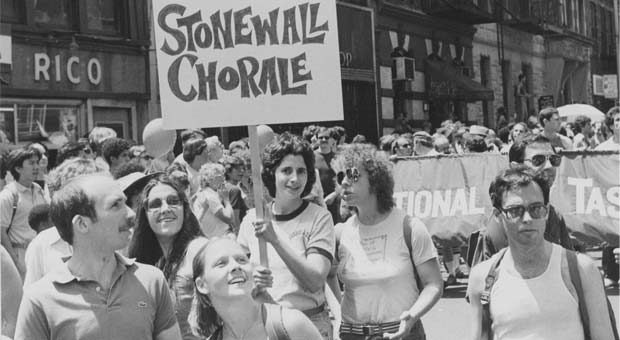 A photographic archive tracing the history of New York City’s Pride Parades in the 1970s and ’80s, annotated by the Beat poet Allen Ginsberg (1926-97), is coming to auction on the eve of the 50th anniversary of the Stonewall Uprising.

Swann Auction Galleries, who will be selling the archive in The Pride Sale on June 20, have put an estimate of $70,000-100,000 on the collection by Hank O’Neal (b.1940), the celebrated photographer, author and music producer. A portion of the sale’s commissions will be donated to benefit The Leslie-Lohman Museum of Gay and Lesbian Art in New York City.

The archive comprises 120 photographs of New York City’s Gay Pride Parades by Hank O’Neal, each annotated by Allen Ginsberg, as well as an additional group of approximately 165 photographs by O’Neal of the NYC parades, five of which are signed and dated by O’Neal and contain Ginsberg’s captions.