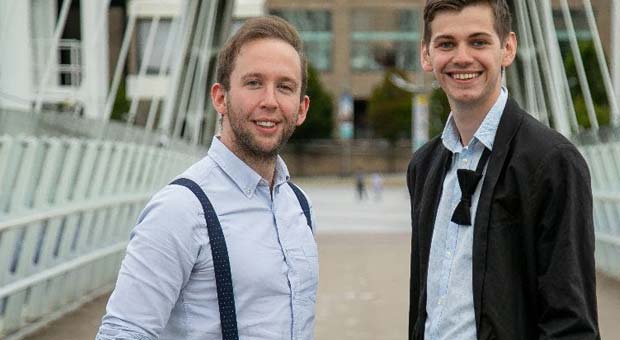 My night with Reg revived

A stunning revival of Kevin Elyot's landmark gay play is announced to go on tour to 5 venues across the North and West midlands in 2020, opening at The Lowry from the 23-25 January.

Funny, sad and sweet, Kevin Elyot’s dark comedy play about the relationships of a group of gay men and their connections to the unseen yet magnetic Reg is a moving exploration of friendship, happiness and love, and their fragility in the shadow of the 1980’s AIDS crisis. First opening at The Royal Court in 1994, winning the Olivier Award for best comedy, among others. Since then it has enjoyed several revivals including a 1997 film and a second Olivier Award-winning revival at the Donmar Warehouse in 2014.

An evening of laughter, heartbreak and celebration, Elyot’s razor-sharp wit will be brought to life in a stunning, visual feast that captures the decadence, celebration and uncertainty of 1980’s London. Award-winning young Leeds-based designer George Johnson-Leigh will be bringing the play's 1980's world to life with stunning neon visual effect and an elegant, deconstructed set design.

Green Carnation Company are proud to be working with and supporting George House Trust, a Manchester based charity providing services to people living with, and affected by, HIV.