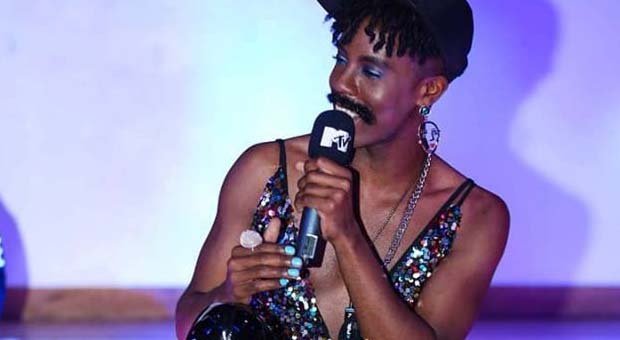 “You have my full support, and by extension you have Manchester’s full support because we are a fast track city when it comes to the eradication of HIV and aids and we are very proud to be so. We also have the LGBT Foundation here with us tonight who are working to make sure we achieve the goal to end new cases of HIV.”

Jsky performed his brand new positivity-power single Keep Your Love On after it made it’s radio debut earlier that day on BBC Radio Manchester’s Breakfast show following his new role as their showbiz reporter. He also performed his self love anthem Myself accompanied by dancers from Centre Stage Glossop.

Noughties pop act Platnum raised the roof as this year’s surprise finale who caused a frenzy as the audience went back in time to enjoy top ten hits such as What’s It Gonna Be, and Love Shy.

Jsky was joined on stage by reality TV star and Instagram personality Chanelle McCleary to draw from the charity raffle. Prizes included a stay at Malmaison courtesy of Canal Street online and their partners, £150 worth of French Connection vouchers, a VIP table for 4 and a bottle of vodka at BLVD Manchester, a bottle of Tundra Vodka, and Mark Fletcher the CEO of Manchester Pride kindly donated x2 VIP tickets worth £400 to Manchester Pride Festival 2020.

Artists were treated to chocolate plaques by Oli The Chocolatier and vodka from Tundra, and guests enjoyed cupcakes from Charlie Bakes and a balloon wall from Hearts and Carts.

Jsky on hosting the event

“Getting the opportunity to host an event like this is incredible. The work that is done by MTV Staying Alive Foundation to combat HIV and aids inspires me deeply and so it’s great to see my hometown Manchester show what we can do to support the cause.”

Funds can still be donated to Kiehls campaign by texting MTVSAF58 to 70577 or by visiting the Virgin Money Giving Page: