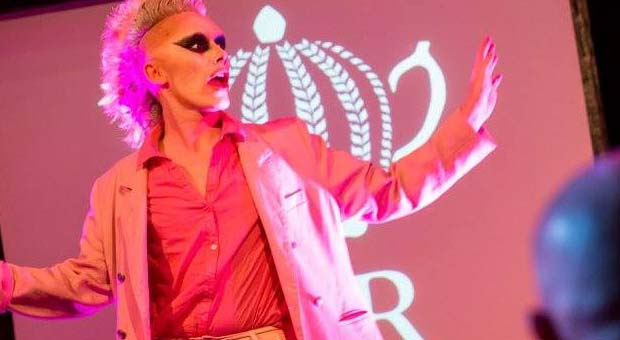 Rachael Kelly an Australian multi-disciplined performer explores the intersection between queer, feminist and basic human and animal rights; Zimbabwean writer and performer Mandla Rae interrogates the process of ‘becoming British’; made in Birkenhead, developed in Coventry and flourishing in Manchester, Dorian Wilde as a gutter drag king harks back to the days of a music hall knees up complete with poor manners and a dandy sense of humour; and Tom Halls, performance artist, writer and creator originally from Melbourne, focuses on queer experiences and disrupting mainstream narratives.