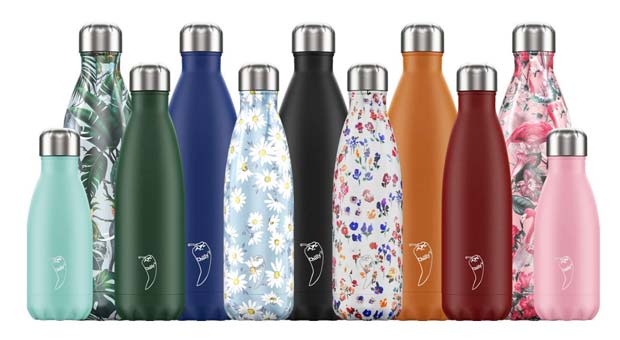 The Manchester Food and Drink Festival (MFDF – 26th Sept – 7th Oct) is tackling plastic bottle pollution by joining forces with the national Refill campaign in a bid to sign up to 500 locations in Manchester to refill water bottles free of charge.  This campaign intends to make Manchester the country’s ‘most refillable’ city, and is being launch to coincide with National Refill Day – Wednesday 19th June

The Refill Campaign encourages participating cafes, bars, restaurants, banks, galleries, museums and other businesses to sign up to the free Refill app and put a sticker in their window alerting passers-by to the fact they’re welcome to fill up their bottle for free.  There are already 165 stations in Manchester and MFDF is hoping to sign up 500 more businesses by the time the Festival starts on 26th September making Manchester the most refillable city in the country.

MFDF are also encouraging people to ditch buying plastic bottles by making and selling special MFDF branded versions of the iconic Chilly’s re-usable water bottles at a very special price of £15 – usually, the world’s most effective and fashionable water bottles retail at £20.

They will be sold in conjunction with I Love MCR® and MFDF are encouraging customers to refill them when they need to at the city’s many new Refill points.  The bottles will be sold online and at the Festival Hub, the centre piece of Manchester Food and Drink Festival, which is taking place for the first time on Cathedral Gardens from 26th September – 6th October.

Venues wanting to take part in the Refill Campaign should email George@foodanddrinkfestoval.com

Read below for more details.