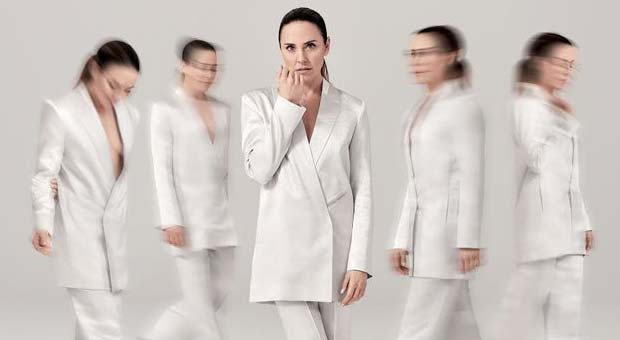 Watch the video for latest single, ‘In And Out Of Love’

“In the midst of a global pandemic, who better to lift your spirits?” – LOVE

“Channels disco's confessional edge...soaring back into the pop realm” – Clash

Melanie C has today announced details of a UK and European headline tour for spring 2021. Sporty has also confirmed plans for four global live-streams to coincide with the release of her hugely anticipated self-titled album on October 2nd (with a full-band set and plenty of surprises to be revealed). Pre-sale to the 2021 headline shows begins on August 26th at 9AM BST, with general sale on August 28th: tickets for the live streams are also available via her official website, https://melaniec.net/.

‘Melanie C’ was launched in spectacular style recently with latest single ‘In And Out Of Love’ (and its socially distanced video shot up at London’s Alexandra Palace). The album also includes empowering recent single 'Blame It On Me' – which went top 20 on UK airplay - and the album's defiantly reflective first single, 'Who I Am' (which also went number 1 on iTunes worldwide). Having appeared on the likes of 'The Late Late Show With James Corden' to BBC 1's 'The One Show', Melanie has also brought fans around the world together under Covid: whether leading Q&As on physical and mental wellbeing, the next generation of Girl Power (see an interview with Rina Sawayama for Crack Magazine), the realities of life in lockdown (she recently spoke to Daisy May Ridley for the 'Happy Place' festival) or putting together a specialist DJ mix for i-D Magazine.

Channelling a life-long love of disco, electronic music and anthemic pop, Melanie C’s new album is a journey of introspection, growth and acceptance. It’s a point reflected in her choice of collaborators on the project, which range from Nadia Rose and Shura to remixes from the likes of Joe Goddard (as well as reuniting with longtime collaborator Richard "Biff" Stanndard"). An artist who’s at home presenting her friend Billie Eilish with a BRIT Award as she is lending her vital voice to the modern discourse on depression, body positivity, and the LGBTQ community, Melanie C's trailblazing influence has never been more apparent. With over 100 million records sold and multiple BRIT, Ivor, Billboard and Olivier Awards under her belt, this nonetheless feels like new, more assured ground for Melanie C - and a glorious new chapter for Girl Power.

'Melanie C' will be available digitally, on CD and on vinyl both in standard edition and as x2 deluxe CD edition with bonus tracks, exclusive coloured vinyl, and special limited deluxe vinyl with exclusive 12” singles. Pre-order the album via Melanie C's official store to gain early access to the pre-sale for her May UK and European headline tour. https://melaniec.net/