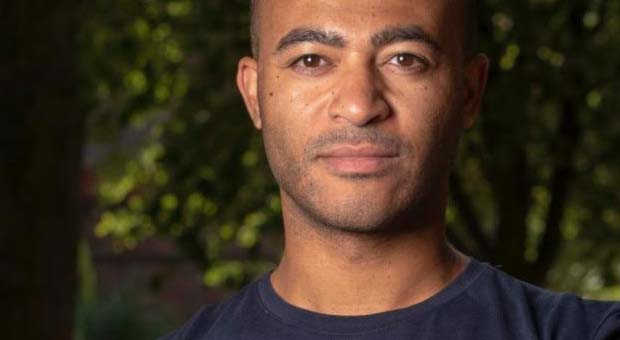 Research shows that those from marginalised or disadvantaged groups who already experience poorer outcomes in healthcare are likely to be disproportionately affected by COVID-19.  What’s more, inequalities faced by LGBTQ+ communities may mean that the impacts of social distancing and self-isolation are particularly felt by LGBTQ+ people.*

Last week LGBTQ+ charity Manchester Pride announced that it will deliver three days of virtual celebrations for LGBTQ+ people in Greater Manchester over the August bank holiday weekend in a bid to reduce the impact of social isolation through celebration.

The charity, which campaigns year round for LGBTQ+ equality, is responsible for one of Europe’s biggest celebrations of LGBTQ+ life every year and it was a huge blow to the team behind it earlier this year when they had to take the decision to postpone the 2020 festival until 2021 in the light of the COVID-19 pandemic.

With the safety of everyone involved with the event in mind, the festival, which generates over £34m of economic benefit for the city, has been moved to 2021.

The organisation, which ploughs every penny it raises into its support of Manchester’s LGBTQ+ communities each year, was faced with the potential of having no income at all.

Mark Fletcher, who has been chief executive at Manchester Pride for six years, was forced to reevaluate everything the charity had planned in a matter of weeks and develop a new strategy to provide a celebration of LGBTQ+ life but also to ensure that the charity survived to continue its vital work.

Mark Fletcher said; “Last year was our biggest yet as we developed a series of new initiatives and partnerships,  further strengthening our position as one of the UK’s largest and most impactful LGBTQ+ charities. At the Manchester Pride Festival our live music stage played host to Ariana Grande, Years and Years and Cheryl. We also delivered our biggest Pride Parade to date and welcomed thousands of people to our site in Manchester’s world famous Gay Village. We kicked off this year by announcing a three year partnership with Virgin Atlantic at an event for media and influencers in New York!

“Since then we had worked solidly on the 2020 festival, signing artists such as Adam Lambert to perform and most importantly delivering our strategy to further the cause of our campaigning for LGBTQ+ equality. We had to press pause on all of the planning and rapidly develop a different approach. What’s more without the physical festival we lost almost all of our income so not only were our audience losing their annual celebration of LGBTQ+ life but it put in danger the jobs of my team, myself and, most worryingly, the vital community outreach and support that we provide all year round.”

Manchester Pride is able to do the work it does because of the revenue from The Manchester Pride Festival, other fundraising events and sponsorship from corporate partners like Virgin Atlantic, Autotrader  and Co-op bank.

The charity like many other organisations was forced to take advantage of the government’s job retention scheme but not before it delivered its annual Conference virtually for the first time. This event saw some of the UK’s most prominent LGBTQ+ activists discussing some of the most important issues of the moment to an audience of business figures, community leaders and media.

The charity’s engagement team then went on to pivot the majority of its community engagement to offer voices to people from all groups and identities across the ten boroughs of Manchester City Region.  This included a programme of workshops with young LGBTQ+ people, accessibility listening groups, BAME and women’s groups and more.

Mark continued; “Community engagement is vital to what we do. Not only does it help shape the Manchester Pride Festival but it enables us to reach out and connect with our audience. It means that we are able to see where support is needed and build strategies to provide it.  Be that through a group or one of our own initiatives we are committed to reducing social isolation, supporting young LGBTQ+ talent through arts and culture and by enabling organisations across the city in the delivery of equality and inclusion.”

In the midst of the pandemic, already with a huge job on his hands, Mark - who recognises as both LGBTQ and BAME - was faced with the surge in racism and activism that followed the death of George Floyd.

Racism within LGBTQ+ communities is something he first started to address a little over three years ago responding to the outcomes of a series of listening exercises that the charity conducted.  He has since worked hard to provide support to LGBTQ+ BAME people and has been key in raising awareness of the issue and inspiring change.  In 2019 Mark commissioned a new visual identity for Manchester Pride which featured the addition of black and brown stripes to the freedom flag colours of the rainbow, a move taken to draw attention to the racism experienced by BAME LGBTQ+ people.   Racism and controversy which has resulted in a modern movement towards the use of the progress flag which includes these colours and also the colours of the trans flag, drawing focus to the issues or racism and transphobia that must be addressed.

Another of Mark’s biggest innovations as CEO has been the introduction of the All Equals Charter.

Mark continued; “The All Equals Charter came out of a personal experience of discrimination that I faced whilst doing my job. We are very lucky to live in a city which is widely accepting of people of all sexualities, genders and races but we mustn’t be blind to the homophobia and racism that still exists. Even within the LGBTQ+ community we see people with protected characteristics being treated appallingly and I feel that to achieve true equality this must be stopped. This is why I was so passionate about developing  the All Equals Charter.”

The All Equals Charter was first born as a set of shared values for the venues and suppliers involved with Manchester Pride Festival, in order to reduce the potential for discrimination. The charity started sharing its work with others and began to uncover a real appetite for the initiative as companies wanted help to implement change.

As a result Mark evolved the values into a Charter to help create a consistent approach to diversity and inclusion across the region. It invites companies to follow a set of principles that they are regularly assessed on.  This begins with an initial assessment and a visit from the All Equals team to help them understand current activity, alongside the policies and processes in place to support LGBTQ+ people at work. This is reviewed and then meetings provide feedback and look at the next steps. Different levels of accreditation are reviewed on an annual basis.

Its aim is to support businesses and organisations in creating safe and inclusive spaces for all LGBTQ+ people by assessing the services a business or organisation supplies against the Charter's standards.  This means that the Charter isn’t just for the workplace, in displaying the All Equals Charter mark LGBTQ+ people can also see that a bar, cinema, restaurant or shop is inclusive ultimately ensuring that they will be treated equally and with acceptance in these spaces.

Promoting real change through meaningful initiatives that affect lives is something that Mark hopes the charity will be able to continue.

In the short term a number of grants and other financial lifelines, such as the continued support of sponsors Virgin Atlantic and other key sponsors, have enabled the delivery of this year’s festival in a very different guise.

The Alternative Manchester Pride Festival 2020 will feature free content that can be enjoyed by those who wish to celebrate from the safety of their own homes.

Saturday will see a day of content inspired by the Festival’s Manchester Pride Live event.  It will be delivered online in partnership with United We Stream Greater Manchester.  The platform, which was launched on 3 April by Night-Time Economy Adviser Sacha Lord and the Greater Manchester Combined Authority (GMCA), has played host to artists such as Melanie C, Elbow and New Order whilst raising a staggering £477,000 for local charities and good causes.

Manchester Pride will curate a series of live performances and DJ sets with a number of special guests and partners alongside some legacy performances from previous events and a very special presentation of the Manchester Pride Parade for 2020.  The content will then be available again on Sunday for anyone that missed it on Saturday.

Monday will close the festival as always with a moment of reflection at the Candlelit Vigil. Manchester Pride will stream the vigil online so that as many people as possible can be part of it.  It will also be broadcast on BBC Radio Manchester and Gaydio.

A new element to the festival, at a time when it is more important than ever to keep certain conversations going, the charity is introducing a Human Rights Forum to explore some of the vital issues at the moment such as Trans Rights and BAME issues.

Mark Fletcher, chief executive for Manchester Pride, said; “We have had an unbelievably tough four months as I know many other organisations both commercial and otherwise have and I am very proud that we are still in a position to deliver this much needed celebration of LGBTQ+ life.  The country is still in shock and many members of our community have been adversely affected by the pandemic, whilst also our Trans and BAME families have faced further challenges.  It is more important than ever that we keep conversations around equality and inclusion heard whilst also providing much needed entertainment.

“We remain unable to provide a large scale physical festival but we very much want Manchester’s Gay Village to remain at the heart of what we do.  We will do our best to support the Gay Village businesses in whatever they are able to offer customers over the weekend and every other day too..

“Manchester Pride Festival enables us to help LGBTQ+ people, organisations and charities and without the support of ticket buyers and sponsors we will not be able to continue this work.  I ask that over the weekend anyone who can, does donate, because we must continue our work in supporting  LGBTQ+ people across Greater Manchester.  The conversation must, and will, continue…”