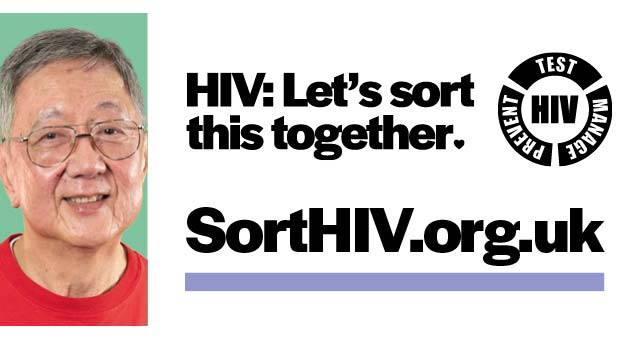 Originated in Manchester, an HIV media campaign has been nominated for an award.

The ‘HIV: Let’s sort this together’ campaign, specifically created for Greater Manchester residents, has been shortlisted at the prestigious Purpose Awards for ‘Best Health Cause Campaign’. The awards focus on cause-based campaigns from around the country, celebrating the best efforts to encourage positive change from the past 12 months.

The campaign, developed by Merseyside-based Hitch Marketing and Manchester’s PaSH Partnership (comprising of the George House Trust, the LGBT Foundation and BHA For Equality) aims to improve awareness of HIV and to encourage people to take control of their sexual health.

Hitch and PaSH worked with the public to tell real-life stories, in tandem with research and insights to create an upbeat and relatable peer-led campaign. Crucially during the campaign over 6,200 HIV testing kits have so far been ordered, showing a marked impact in the effort to combat the virus, alongside improving knowledge of preventative measures people can use to stay safe.

Jim Kemp, a campaign participant and volunteer with the George House Trust, said:

“As a man living with HIV, I feel that it is important that we start a conversation about HIV and prevention. Talking about it openly is the only way that we can break the stigma surrounding the topic. This campaign is really a step forward in terms of promoting HIV testing, prevention and management.”

Lauren Duffy, Sexual Health Services Manager at PaSH, added: “We are proud that the ‘HIV: Let’s sort this together’ campaign has been shortlisted alongside such strong finalists. This campaign brings together community members including local residents and professionals to work towards Greater Manchester’s ambition to end

all new cases of HIV within a generation.”

Jane Pilkington, Director of Population Health, Greater Manchester Health and Social Care Partnership, stated: “Last year saw a significant drop of new HIV transmissions in Greater Manchester. Challenging stigmas and ensuring everyone is empowered to test, prevent, and manage the virus is a central part of our approach to ending all new cases of HIV in our city region by 2030. Being shortlisted for the Purpose award is a great reflection of the achievements so far, and of the dedication of so many different organisations and individuals working to sort this together.”

Gary Wootten, Managing Director of Hitch, said: “It is a campaign that changes lives through encouraging and motivating people to take care of their sexual health and become part of a wider movement of ending all new cases of HIV.”

The campaign faces strong competition from causes such as Channel 4’s ‘Clap For Our Carers’ and ITV’s ‘Britain Get Talking’, but hopes to add to the award picked up at the end of last year at the Northern Marketing Awards for ‘Best Health and Beauty Campaign’.

To watch the awards ceremony on the 29th and 30th of June 2021, register today via the link READ MORE