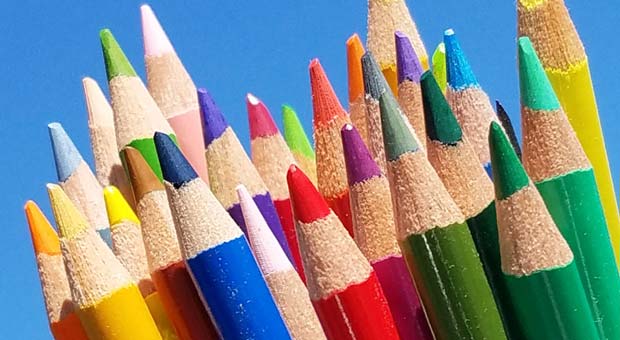 Manchester Pride’s year round calendar of culture Superbia has partnered with the not for profit community group Young Enigma to work with four amateur writers on a journey to becoming published authors.

Supported by a Superbia grant in 2017, the four aspiring writers embarked on a mentoring and writing development programme designed for young LGBT+ people in Manchester to produce a collection of new writing.

Now, 18 months on from their initial submissions to the programme, the four writers have finalised their work with all of the chapbooks in the Superbia series due to be published this year.

The books by Maz Hedgehog and James Hodgson are available from retailers from 28th February 2019. The further two books ‘Strain’ by Kenya Sterling and ‘The Moston Diaries’ by Caleb Everett are due to be released in October 2019.

Adam Lowe of Young Enigma said: “It's exciting to be publishing brand new writing by emerging authors in Manchester. The first two books in the Superbia series really complement each other: one a political, black queer fantasia inspired by The Faerie Queene; and the other, a magic realist exploration of the queer body exploded and transformed.”

He continues “I have worked closely with each of the writers over more than a year, helping them edit their work, developing reading and performance techniques, and mentoring them through the publication process. It's been really exciting and rewarding seeing them grow and develop.”

Mark Fletcher, Chief Exec for Manchester Pride, said; “The work we carry out through Superbia is a vital cultural connection for us with LGBT+ people across Greater Manchester. Publishing is a traditionally difficult world to break into for anyone and Young Enigma is a fantastic programme that will enrich the learning of anyone who wants to write and identifies as LGBT+ here in Manchester. What’s more the work of these four young writers will hopefully resonate with others across the world now it is to be published.”

‘Vivat Regina’, penned by poet, Maz Hedgehog, riffs upon classical literature and folklore, particularly the English epic poem, The Faerie Queene by Edmund Spenser. The entirely original chapbook of poems focus on her own fictional creations, but weaves in deft allusions, and lets the older material serve as contrast and counterpoint to the poems herein. By beautifully but decisively interrogating British constructed history, the poet asserts the place of black queer perspectives and viewpoints within British cultural identity. Vivat Regina aims to deliver an exposition of a striking woman, an exploration of duty and freedom, and a rich fantasia of magical beasts and beings.

Maz said “Working with Superbia on this collection has been an absolute treat and a joy. I’m so excited to be able to share Vivat Regina, this fantastical labour of love, with the world!”

Manchester author James Hodgson, wrote “A Change in Transformation” as part of the Manchester Pride funded programme. His four short stories, which saw him named as “a bold new voice and inaugural winner of the Superbia Chapbook Competition” engage with metamorphosis both as a metaphysical consequence of being and also as a literary act of de?ance and self-determination. His book sees queer and straight men undergo transformations in their search for wholeness and meaning, with results that are surreal, visceral and political.

James said ‘I’m really thrilled to be launching my new chapbook A Creature of Transformation, and very grateful to Superbia and Young Enigma, in particular Greg Thorpe and Adam Lowe, for bringing these four stories to print.’

Young Enigma is a not-for-profit community group that aims to support young and emerging writers who identify as LGBT+.

For more information please visit https://superbia.org.uk/ or to find out more about Young Enigma visit http://youngenigma.com/