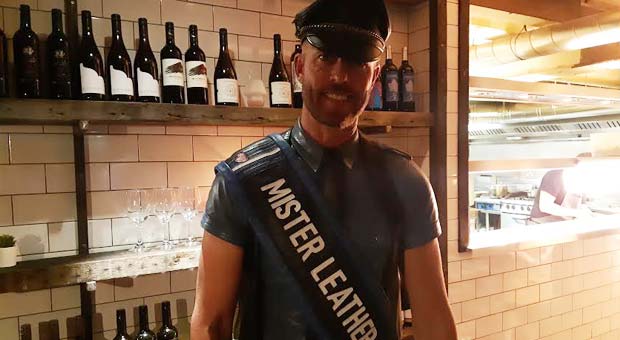 Manchester Leathermen have just hosted their annual kink weekend and have attracted a bigger crowd than ever.

The events co-ordinator, Adam Puyau-Barwell, 48 has said that the event is bigger than ever before: “This year’s been really popular, within three weeks the tickets were completely sold out and we’ve had loads of people ask us about wait lists. It has inspired us to go even further next year and go even bigger.”

The ‘Gold Package’ which cost £66, covered all the events running throughout the weekend, these consisted of a welcome buffet, a market where attendants could buy crafts, several parties, a brunch and a walking tour of Manchester.

Despite the cost of the weekend, Adam has stressed the point that becoming a leather man does not have to be expensive. “What I would advise to people is to start second-hand, think E-Bay, all the vintage stores in the northern quarter, and even think charity shops.

“When you start getting a little bit more money, then you can start buying bigger better pieces.”

One of the guests in attendance was, Evert Leerson, or ‘Mister Leather Europe’ as he is known in the leather community. Mr Leerson, 49, who is from The Netherlands won the title in Paris last year after performing in a pageant and has been attending events all around the world since.

He, like many other members of the leather community is hoping that more younger members will start attending the regular meetings. “Just come and you’ll find it quite welcoming. In Amsterdam, we have nights that are ‘geared’ towards young guys, and we go to the non-leather bars with them.

“We often see that they bring a friend along the next time, because a lot of people do find it interesting.” He added “I would just contact the socials, take a friend along, see who you meet and enjoy it.”

One of the barriers he hopes to break down is the idea that all leather bars are focused around sex. “Some people have sex in leather and some people don’t.” He joked “When I lived in Manchester my name was ‘dressed up vanilla’ because I would go to clubs completely dressed up and I would never have sex.

Mr Leerson also said that he felt that the leather community placed a higher emphasis on safe sex than any other group within the LGBTQ+ community: “I actually think that people in this community are a bit more responsible with regards to safe sex and STIs, much more than what I see at big parties where people are clubbing and take drugs.

“It might look scary and intimidating, but I find people are more responsible within the leather community.”

Joe King, the president of Manchester Leather Men told Canal Street Online that Manchester Leathermen was more inclusive than ever. “It’s a lot more open, we understand nowadays that people define themselves in many ways.

“It’s not black and white anymore, it’s not just top and bottom anymore, that it’s a spectrum.  as society changes and grow, we change and grow too.”

The group have already raised over £1200, which will be given to “The Greater Manchester Mayor Fund for the Homeless.”

Mr King said that he and the rest of the group were delighted by the success of the event.

“I am absolutely blown away by the success of the weekend, it’s really heartening. It’s a really difficult thing to do, because we’re all volunteers, it’s long hours, we work hard.

“But when you look around a room like this, that’s full of people, it’s just great.”

The club meets the first Saturday of every month in The Eagle.

More information via the link below.