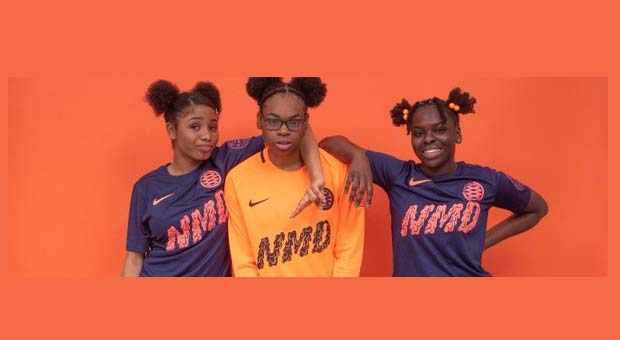 The Laces have been around since 2011, formed in London in response to the fact there weren’t enough clubs available for women or non-binary people. In the last decade it’s become one of the biggest clubs in London with Hackney, South London and Limehouse all joining forces to become one of the most inclusive clubs in the UK. Now we’re getting in on the action!

Manchester Laces was formed in 2021 as the first inclusive women’s football club in Manchester. Five of us came together, all with varying experiences of the women's football scene and all in agreement that something needs to change. As a group we’re more interested in you as a person than on your footwork skills or goal tally. We’re more interested in social, exercise and fun than treating each fixture like a world cup final. We’re keen to develop skills, not just hoof the ball and hope. We want everyone to feel good about themselves so we’re going to get kit that fits, is comfortable and personalised.

We have built this club with one clear message: everyone is welcome.

We’ll be hosting 5aside, mixed gender 5aside (the first of its kind in MCR!), 11aside friendly fixtures as well as an 11aside squad that plays in the Manchester leagues.

Reach out by emailing: info@manchesterlaces.com and we’ll see you on the pitch!