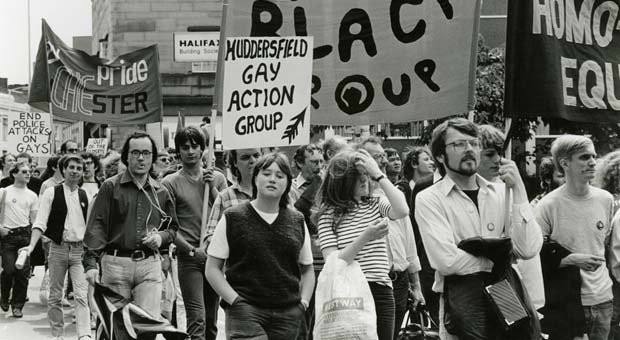 Performers and producers are gearing up for the 11th The Greater Manchester Fringe Festival between Friday 1st and Sunday 31st July. The festival brochure is available now listing over 100 exciting shows across multiple venues and contains many productions with an LGBTQ+ theme.

The Fringe has been a home to lots of memorable LGBTQ+ productions since its inception in 2012 including Little Pink Book of Masculinity and Bette: Bathhouse to Broadway.

"When we set up the Fringe, one of the 3 initial venues was at Taurus Bar on Canal Street. It was clear that the LGBTQ+ community were going to be an integral part of the Fringe and the performing arts community long associated with 'Gay life'.

"Through our 11 years, the number of productions involving LGBTQ themes, Producers, Writers and performers has increased tremendously, with several shows progressing to other fringe festivals including Edinburgh. This year we have over 10 such shows and they are eagerly anticipated."

One of the highlights of this year's programme of events is The Day The World Came to Huddersfield* which marks the 40th anniversary of the UK's first national Gay Pride. But there are many other exciting shows and 'happenings' taking place throughout next month ~ all of which can be found in the Festival brochure, which can be downloaded via the Fringe website: https://www.greatermanchesterfringe.co.uk/

Information on all the productions ~ including drama, comedy, music, mime, children's shows, storytelling, puppetry, visual arts and spoken word ~ is all there online, as well as details on all the venues taking part and ticket prices.

"We're proud of the Fringe's diversity and the fact that we have so many different LGBT+-themed productions ~ and they all look fantastic!"

"The Fringe is an open-access festival for artists and performers. It gives artists a platform to try out material, and it's very accessible and inclusive for the audiences. Some of the shows are free to encourage a non-traditional theatre-going audience."

Fringe performances have taken place in all sorts of unusual spaces over the years, including camper vans, tents, Roman forts and even in a crypt! Weird and wonderful settings are always encouraged, and it is one of the many reasons why people love and support the festival.

To browse through the listings and/or book tickets, visit: HERE