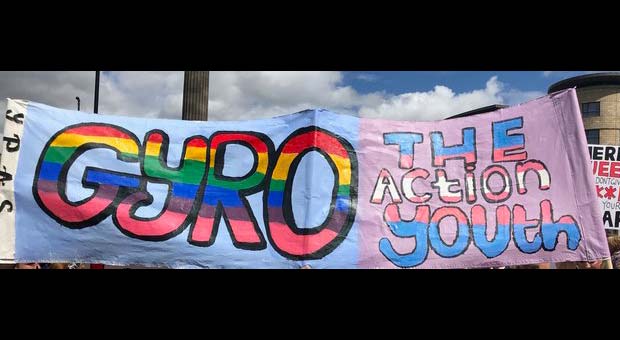 LCR Pride Foundation has today revealed the first recipients of grants from its £20,000 Community Fund, which was launched in June for projects supporting the LGBT+ community in the Liverpool City Region.

The first tranche of funding, supported by Barclays, comes from reserves initially allocated to deliver the city region’s Pride in Liverpool celebrations, which were cancelled due to the ongoing pandemic. The funding was separated into three funds, an Open Fund, Film Fund and an Inclusive Physical Activity and Sport Fund.

The first 16 recipients include a city-based LGBT+ heritage tour, a campaign to increase the number of organisations providing gender neutral toilet facilities, a ‘Big Irish Gay-lí’ and the creation of a multi-gender inclusive hockey squad.

Theatre In The Rough Festival - Change in a Box

Liverpool TDoV - Toilets for All

To find out more about the Community Fund, including criteria and eligibility and so watch for future announcements, visit:www.lcrpride.co.uk/fund

For more information on LCR Pride Foundation, visit via the link below.