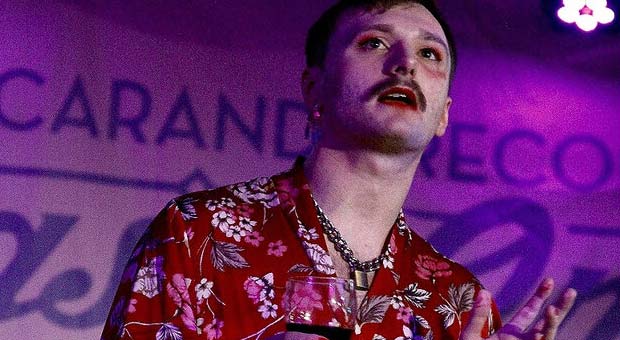 Kieran Mason wrote Killer Queen, 19-21 November 8pm, at The Old Abbey Taphouse, Guildhall Close, Manchester, throughout his final year of study at the Liverpool Institute for Performing Arts (LIPA) with the help of visiting writing tutor and performer, Stuart Crowther.

He said: "I've always had a passion for acting and writing but it wasn't until I attended LIPA that I truly started creating my own work; which prompted me to create my own Theatre company, Sodomite. Sodomite is an up and coming arts company that celebrates LGBTQ+ and underrepresented creatives.

"It's unapologetically Queer and unlike lots of other companies, it doesn't just touch on one art form but a variety; my last event hosted a line-up of performances such as drag, stand up comedy and live music.

"Killer Queen is one part influenced from my own experiences and the other a fictionalised character set in the backdrop of the 1980s. This one person show is an honest, dark and heartfelt piece of theatre which touches on many aspects of sexuality, identity and relationships.

He added: "Due to Covid-19 I had to postpone performing in July but I'm thankful and very excited to now be showcasing this show. I have now graduated from LIPA and albeit a difficult time for the industry, I am excited to be creating professional theatre."

Information and tix are via the link below