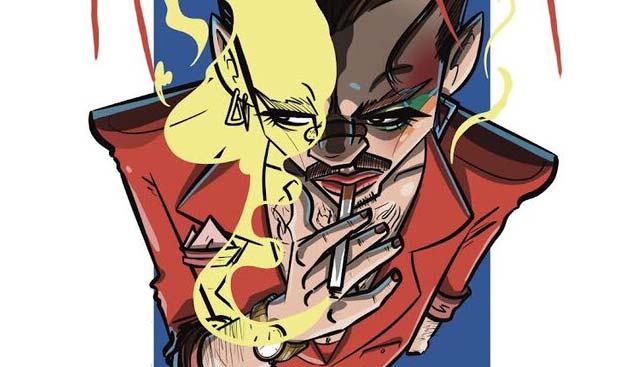 ‘Everyone has something to hide...’

Spanning three key decades – the 70s, 80s and 90s - the show tells the story of Freddie Townsend (our titular ‘Killer Queen) and explores identity, sexuality and the eternal quest for love (or is it lust?), to a soundtrack of era-defining club classics.

The venue will operate as an immersive and promenade space, in which the audience become denizens of the club. You are invited to dress in your best ‘80s club kid togs and leave your hearts on the dancefloor, as you embrace a uniquely queer theatrical/nightlife

Adapted from the one-person show, which premiered at Liverpool’s Phase One last year, Killer Queen is written and produced by actor and playwright Kieran Mason, directed by acclaimed queer theatre-maker Stuart Crowther and features set/costumes by upand-coming designer Dylan Holt. Killer Queen features an all-queer cast and is

Written and produced by Kieran Mason

Tickets are on general sale now via READ MORE