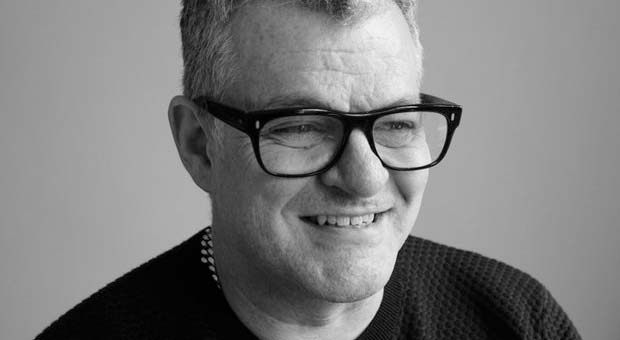 An Evening With Jonathan Harvey will include an interview with Harvey, hosted by Hope Mill Patron Denise Welch and will feature scenes from his past plays including Beautiful Thing, Hushabye Mountain and The Cherry Blossom Tree as well as songs from musicals that Harvey has written the book for including Dusty: The Dusty Springfield Musical and the Pet Shop Boys musical Musik.

The evening coincides with the launch of the Manchester venue’s first ever prize for playwrighting which includes the opportunity of mentorship with Jonathan Harvey for the chosen finalists.

The prize, which has been named Through the Mill, is open to UK based writers over 16 and as of today is now open for submissions. The winner will receive a cash prize of £5,000 as well as having their play produced by and at Hope Mill Theatre.

Tickets, costing £10, are now on sale for An Evening with Jonathan Harvey and can be purchased online through Hope Mill Theatre’s website. Customers will be sent a link to view the concert on July 18th when a ticket has been purchased. Proceeds raised from ticket money and additional donations will go towards the prize fund for the winning writer.

Artistic Director of Hope Mill Theatre, Joseph Houston, said: “We are very excited about our second online offering, celebrating Jonathan Harvey and the many incredible scripts that he has written for both stage and screen. The line-up of stars that we have is credit to his incredible back catalogue of work.”

“It has long been a dream of ours to launch a playwrighting prize at Hope Mill Theatre. Along with the support of Jonathan Harvey, and during our time of closure, we have been able to plan such a prize and we are thrilled to be able to launch it officially.

Jonathan Harvey said: “I have long been a fan of Hope Mill Theatre. They are proof positive that great theatre doesn’t just take place in our capital.

“I am thrilled to be involved in Through The Mill. I got my first break in competitions at Liverpool Playhouse and the Royal Court in London. Getting my plays produced via these competitions was the best education ever, and the prize money helped get me through Uni!

“This is such a good opportunity, and I can’t wait to see what the competition brings, and to work with the finalists.

“I am very flattered the theatre want to do ‘An Evening With’ with me. And delighted to be able to help raise some much needed money in a time of such huge crisis for theatres. We’ve assembled a top notch group of actors to read from my plays and there’ll be various people popping up who I’ve worked with asking me questions. And there’ll be some singing. It’ll be a bit like An Audience with Diana Ross. Without Diana Ross. And with me.”