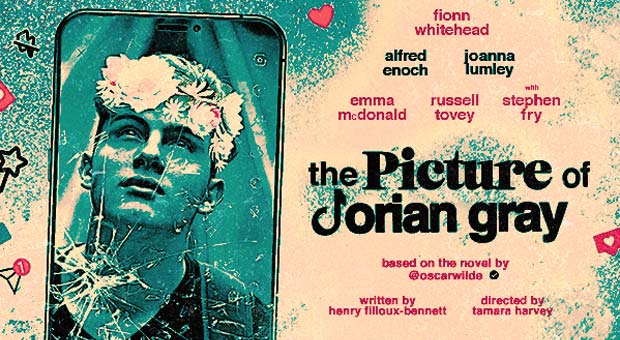 Joanna Lumley, Stephen Fry, Russell Tovey and Alfred Enoch will appear in the forthcoming digital adaptation of The Picture of Dorian Gray, from the team behind last year’s What a Carve Up!

The Victorian novel tells the tale of a debauched aristocratic party animal who sells his soul, to ensure that his portrait, painted by an infatuated artist, ages rather than him, while he enjoys a pleasure-filled existence.

Joining previously announced Fionn Whitehead in the title role, will be Alfred Enoch as Harry Wooton, Joanna Lumley as Lady Narborough, Emma McDonald as Sibyl Vane, and Russell Tovey as Basil Hallward, with Stephen Fry as the Interviewer.

The Picture of Dorian Gray, based on the novel by Oscar Wilde, will reunite the creative team behind What a Carve Up! with Henry Filloux-Bennett writing the new adaptation, with direction by Tamara Harvey.

Education packs, which will be packaged with performance links at £100 per school/group, are also available for the production and have been curated to be used across a range of curriculum areas, particularly to those studying Drama and Theatre, Performing Arts, Media and PSHE.

The updated version brings Dorian Gray into the age of Instagram, Facebook and dating apps as a vain and depraved social media influencer who makes a similar deal for his online image never to fade.

Tickets are £12 for a streaming link available from The Lowry via the link below.

The link will activate on your booked performance date for a 48-hour period.

Audio description and closed captioning will be available.