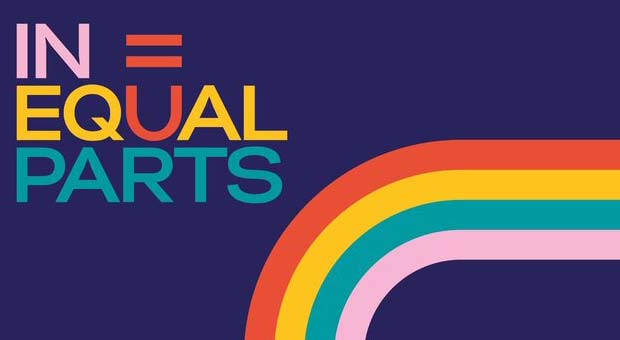 HIV has changed. Thanks to medical advances, people with HIV are not only living with the virus, but thriving with it. However, stigma and shame still plague the lives of many. But In Equal Parts, a community-led creative outreach project tackling HIV stigma and shame, is changing the narrative.

Led by HIV+ writer and performer Nathaniel Hall, the project is supporting people with HIV to live openly, boldly and with pride. Produced by Dibby Theatre, In Equal Parts aims to educate everybody, regardless of HIV status, about modern HIV healthcare and prevention, destigmatise attitudes to the virus and empower people to understand their role in contributing to the global aim of ending all new HIV transmissions by 2030.

Central to the In Equal Parts project, is marking 2020 World Aids Day with a creative conversation about HIV stigma and shame. This digital event, hosted by Contact Theatre in association with George House Trust and Superbia, HIV Poistive speakers will be in conversation online with Nathaniel Hall

Meet the HIV activists working towards the goal of ending all new transmissions of HIV in Manchester and the UK by 2030 who will be taking part.

Yvonne Richards is a 56-year old British born Caribbean Mancunian. Yvonne spent years in denial of her diagnosis because of the stigma of being a black woman with HIV.  It wasn’t until chronically ill in hospital that she had to face her diagnosis.  In doing so she was introduced to people who helped her come to terms with her diagnosis and turn her life around.  She now challenges the outdated image of women with HIV and mentors other women so they can live confidently with their diagnosis.  She is a Positive Speaker for George House Trust raising awareness of HIV and HIV stigma and has spoken in schools, to university students, with GP’s, healthcare providers and professionals.

Paul Fairweather is a 64-year old gay man who has been active in campaigning around HIV since the earliest days of the epidemic and was one of the founders of Manchester Aidsline in 1985 (now George House Trust).  Diagnosed with HIV in 2000 Paul came out publicly at the Manchester Pride Vigil in 2009 whilst he was a local councillor for Harpurhey. He then became the lead on Gay Men's issues for Manchester City Council. For the last four years Paul has managed the Positive Speaker project at GHT and works with a diverse group of volunteers living with HIV who tell their stories of living with the virus and answer and is passionate about offering wider access to young people in Manchester’s schools.

Mark Holder is a 45 year old ex-injecting drug user originally from Fleetwood. Mark was diagnosed in 2005 whilst roughing it on the streets of Manchester. A regular volunteer with George House Trust, Mark now educates others with his story, challenging the stigma and prejudice people with HIV and those recovering from the trauma of drug addiction and rough sleeping.

Nathaniel Hall is a 34-year old gay man from Manchester. Diagnosed with HIV in 2003 aged just sixteen, he lived in secrecy and shame for fifteen years until in 2018, he told the world about his HIV in award-winning solo show First Time. He now advocates for a world where everyone with HIV can live free from stigma and discrimination through community-led creative outreach projects. The play-text of First Time will be available to buy on 1 December published by Nick Hern Books.

Join the GHT Positive Speakers and HIV+ artists Jordan Roberts and Nathaniel Hall for this creative conversation about HIV stigma and shame. Premiering a brand new film by Jordan Roberts supported by Superbia and GMCA.