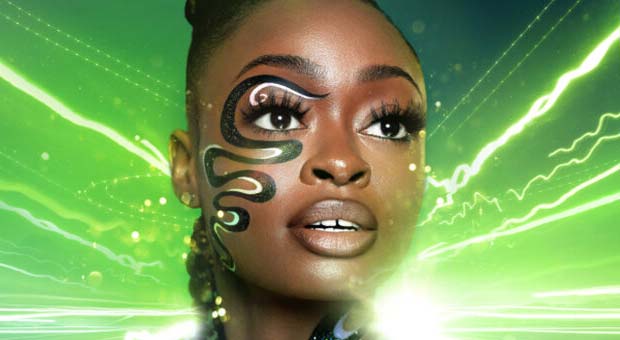 With music and lyrics by Charlie Smalls, book by William F. Brown and original orchestrations by Harold Wheeler, The Wiz is a retelling of L. Frank Baum’s classic children's novel The Wonderful Wizard of Oz.

Hope Mill Theatre are also thrilled to be co-producing alongside producer Ameena Hamid and bringing on board Assistant Producer ChuChu Nwagu, bringing vital voices to this important and genre defining musical.

Tickets going on sale will be announced later in 2021 and priority bookers will be contacted first.

Director Matthew Xia said: “I can’t wait to return to Manchester, my former home, to create the all singing all dancing extravaganza that is The Wiz at the exceptional Hope Mill Theatre. We're pulling together an outstanding team including musical supervisor Sean Green and choreographer Leah Hill to reimagine this classic funk, soul (and now afrobeat!) infused story of self-discovery, determination and Black joy. Everybody rejoice!"

Co-Producer Ameena Hamid said: "With the aspiration it holds, 'The Wiz' is a show that is close to my heart and one that feels particularly important in the current moment. I am delighted to be working with the Hope Mill on this production and can't wait to centre black joy and excellence both on and offstage. It feels like the perfect way to end the year of theatre's return.”

The Wiz: The Super Soul Musical “Wonderful Wizard of Oz” is a joyous modern retelling of L. Frank Baum’s classic children’s story reflecting contemporary African-American culture. After Dorothy gets swept up in a tornado, she finds herself in the fantastical world of Oz. There, she makes new friends, battles evil witches, and seeks the aid of the all-powerful and mysterious Wiz. Ultimately, Dorothy finds that, if you believe with all your heart, you can always find your way home. With an infectious soul score, dynamic numbers, and endearing cast of characters, The Wiz is a joyous explosion of music, dance, magic, and heart to delight audience members of all ages.

The Wiz opened on 21 October 1974, at the Morris A. Mechanic Theatre in Baltimore, and then moved to Broadway's Majestic Theatre on 5 January 1975.

The 1975 Broadway production won seven Tony Awards, including Best Musical. It has since had revivals in New York, London, San Diego, and the Netherlands, and a limited-run revival was presented by Encores! at New York City Center in June 2009. A big-budget film adaptation of the same name was released in 1978, with Ted Ross and Mabel King reprising their roles. A live television production of the stage version, The Wiz Live!, was broadcast on NBC on December 3, 2015, with an encore presentation on December 19 of the same year.

Hope Mill Theatre will be operating with any current covid measures that are in place at this time.