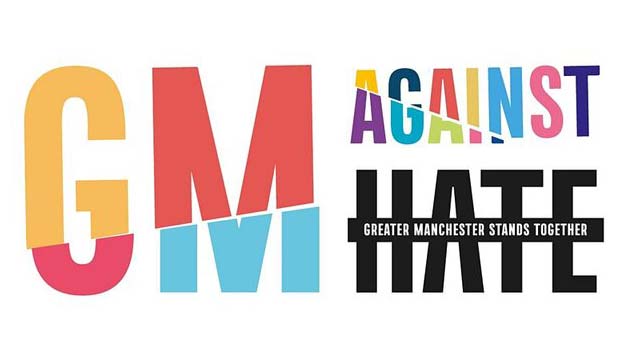 Such a busy few weeks ahead – not only is it LGBTQ+ History Month during February we also have Hate Crime Awareness Week and HIV Testing Week both taking place currently.

Greater Manchester Hate Crime Awareness Week runs from 1 to 7 February 2021. The awareness week is an opportunity to bring people together, highlight Greater Manchester’s zero tolerance to hate crime and encourage both victims and witnesses to take a stand and report hate crime.

WHAT IS HATE CRIME?

Hate crimes are acts of violence or hostility directed at people because of who they are or who someone thinks they are. Hate crimes can take many different forms – for example someone may have damaged your property because of the colour of your skin, sent you offensive letters because of what you believe, or behaved violently towards you because of who you love. No hate crime is acceptable. We all have a right to live without fear, hostility and intimidation from others.

The resources section on the www.letsendhatecrime.com site is being updated as we speak with information of events taking place which will be live from Monday 1st February.

Each year Greater Manchester hosts a week of action to raise awareness of hate crime to emphasise that it's wrong to be targeted for abuse or harassment because of who you are.

The week provides an opportunity for everyone across Greater Manchester to stand together and to celebrate our diversity. It is a chance to educate, raise awareness of hate and encourage both victims and witnesses to report it.

This event is an opportunity to hear about the work taking place in Greater Manchester. Speakers include:

You'll learn more about the activity taking place during the week and details of how to access resources and communication tools to support Greater Manchester's Hate Crime Awareness Week.

Register your place for this free event: https://gmhatecrimeawarenessweek.eventbrite.co.uk

National HIV Testing Week 1st – 7th February is a campaign to promote regular testing among the most-affected population groups in England. Regular testing helps to reduce the number of people living with undiagnosed HIV and those diagnosed late.

This year, the campaign returns with the successful creative ‘Give HIV the finger: a finger-prick test is all it takes’.

The campaign will encourage people to test for HIV at home during the COVID-19 pandemic.

The number of people diagnosed with HIV is falling, but there is still work to do:

1 in 16 people with HIV are unaware they have it and spend an average of three to five years not knowing, increasing the risk of passing HIV on to sexual partners1.

Late diagnosis rates are still stubbornly high – 42% of people were diagnosed late in 2019. This correlates to poorer long-term health outcomes and leads to an eightfold increased risk of death. Clinical reviews show many could have been diagnosed sooner.

Self-sampling HIV & syphilis test kits are available to anyone over 16 years old that lives in England – you return  your test to the lab and they will text you with your result. For a FREE testing kit - https://freetesting.hiv/

U = U: UNDETECTABLE = UNTRANSMITTABLE

George House Trust is proud to be a Community Partner of the ‘Undetectable Equals Untransmittable (U=U) Consensus Statement issued by the Prevention Access Campaign and strongly endorses the research supported message that people living with HIV and with a sustained undetectable viral load cannot pass HIV to their sexual partners. https://ght.org.uk/Undetectable

Are you a (S)expert?  Twenty questions about sex and sexual health to start off UK National HIV testing week.

Come along and join AIG’s LGBTQ+ employee resource group (STEP) and our guest speaker, Dr Tom Nadarzynski, an epidemiologist from the University of Westminster, for a light-hearted, entertaining and informative lunchtime virtual quiz elaborating on the latest research on sex, sexuality and sexual health.

Also, if you have events or information you wish to share across Greater Manchester then feel free to end that over to us to be included via canalstmanchester@gmail.com