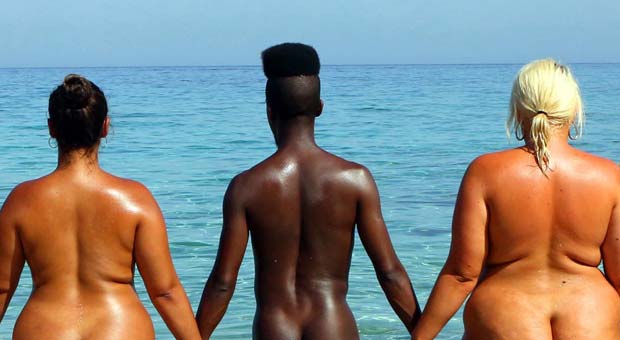 Last year 1.6 million people tuned into the body confidence promoting phenomenon that was Naked Beach; a unique show designed to inspire self-love and encourage contestants and viewers to love themselves as they are.

Guests on the show are invited to stay at a luxury retreat in Greece at a villa occupied by 8 Naked Hosts including Manchester fashionista Jsky who was recently recognised a 1 of 31 LGBTQ+ Pioneers of Colour by the LGBT Foundation during Black History Month alongside the likes of RuPaul Charles and Lizzo.

Since appearing on the show Jsky has championed the body confidence movement and mental wellbeing by chairing an In Conversation event featuring industry influencers from Instagram, Hollyoaks and the BBC. He also spoke out on the world stage at The Economists Open Future event, debating the agenda for the 21st century with their deputy editor.

He is currently enjoying a new role as the Showbiz Correspondent for BBC Radio Manchester and has a slot on their Breakfast Show which averages around 180,000 listeners a week. Naked Beach returns to Channel 4 at a new later time of 11pm on 9th January straight after Naked Attraction.

“There really is nothing quite like Naked Beach, and there really is no better time to tune in than at the start of this new decade. Let’s make 2020 the year we really start to love ourselves.” Jsky on Naked Beach returning after a mini hiatus

The show took a series break last year after an overwhelming success which saw many take to social media to demand a second series. The show has since been broadcast in full in Australia and has been rolled out as a case study in a teaching toolkit for schools across the country.