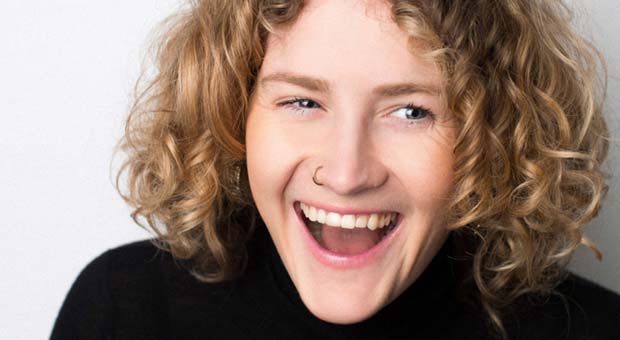 Grace Campbell live at The Lowry

Tour de force, Grace Campbell survived a childhood in British politics, to become a critically acclaimed comedian, writer, filmmaker and activist. Storming the Edinburgh Fringe with a complete sell out run, she is about to embark on a national tour, kicking off in London at the Soho Theatre on 17th February 2020.

From a very young age, Grace has been taking on powerful men when she was growing up in and around Westminster, starting with her father Alastair Campbell and his ex-boss Tony Blair.  Since then Grace has challenged the patriarchy with her feminist collective The Pink Protest. Now, she wants to have a friendly fight with the world she grew up in; politics.

In Grace’s debut stand-up show, you can expect vagina jokes, why she thinks she caused Brexit, anecdotes of hanging out with Putin’s kids, plus trying (and failing) to bring the Labour Party back together. Grace is refreshingly rude, laugh-out-loud funny and wildly outspoken.

Serious about turning politics on its head, Grace currently has a scripted series in development with Cuba Pictures called Promises - a comedy drama about a family in which the mother is a prolific politician.

Grace and her father Alastair also host a podcast together called ‘Football, Feminism, and Everything In Between’ have enjoyed the company of high-caliber guests like Ed Miliband, Dame Kelly Holmes and Julia Gillard.

Grace is very active on Instagram and uses it as a platform to test and build her comedy profile. Grace is also about to launch her own all-female comedy night, The Disgraceful Club.

Get your tix via the link below