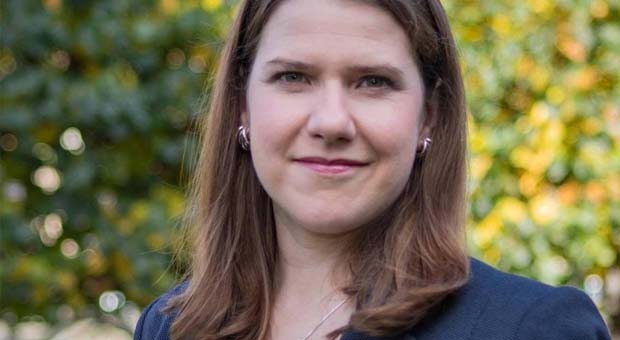 The Liberal Democrat’s have had a turbulent couple of years. They entered Coalition with the Tories in 2010 and were punished by the electorate in 2015 when they were almost totally wiped out. Since then the Lib Dem’s have bounced back gaining over 100,000 members and soaking up the anti Brexit vote.

Jo Swinson was elected by the members in a leadership contest in 2019 and has established the Liberal Democrats as the party of remain with slogans such as ‘bollocks to Brexit’ solidifying their position. Whether such a stance will translate into seats on December 12th remains to be seen with many voters still angry about their enabling of the Tories between 2010 and 2015. The Bedroom tax and trebling of tuition fees leave a bitter taste for many and some consider the Lib Dem’s to be yellow Tories who will do anything for a taste of power.

The Lib Dem’s position on Brexit is simple, they wish to revoke article 50 and keep the UK in the EU. They claim a reversal of Brexit would deliver £50 billion ‘Remain bonus’ which they would spend on public services and a 1.9% GDP boost. We could also see a recovery in the value of the ‘£’ which has dropped significantly attributed to Brexit uncertainty. This will certainly appeal to Remainers up and down the country but in leave supporting areas the Lib Dem’s will lose out - it goes without saying that these are not areas they’re trying to gain.

The Lib Dem’s have committed to achieving net zero greenhouse gas emissions and voted in favour of declaring a climate emergency. In October the party unveiled plans for a ‘duty of care’ for UK firms which would see companies legally and financially liable for environmental harm. They also want 80% of our energy produced by renewable sources by 2030. Tackling the climate crisis is likely to be a major factor in the Lib Dem campaign with ‘there is no planet B’ a likely slogan. In the run up to the election the Lib Dems, Labour and Green Party have called for a specific debate on the climate crisis.

A potentially awkward area for the Liberal Democrat’s with the farce over tuition fees still fresh in many people’s memories. A cut in tuition fees is possible but how far they’ll promote this is difficult as they may not wish to remind people of their betrayal of those in high education. They have announced a plan for 20,000 more teachers and £10 billion extra to go into schools to give children the best start in life.

The party have announced that part of the £50 billion ‘Remain bonus’ will be used to help fund the NHS. They have also announced that they’ll increase mental health funding by putting 1p on the pound from income tax. The Lib Dem’s will use the Tories claim that an extra £350 million a week from Brexit was a lie. Interestingly, the Liberals recently abstained from a vote put forward by Labour on no further privatisation of the NHS. Whilst in coalition they voted for the hated Health and Social Care Act (2012) which helped to hand health contracts to private companies and made Junior strike on mass.

The Lib Dem’s have an extremely positive record on LGBT issues with the party voting in favour of gay rights since 1999. The Lib Dem’s support all inclusive sex education and are likely to support making PREP available on the NHS which has been resisted in favour of a trial into the effectiveness of the drug. Liberal Democrat influence in Government is bound to positively impact the LGBT community should they attain any power or influence.

There is concern that the Liberal Democrats have just transformed themselves into a lighter form of the Tories with many Tory defectors finding an easy home with the Lib Dem’s and the liberals throwing the door open to anyone. It is unlikely the Lib Dem’s will form a majority government but the chance for them to be ‘Queen makers’ is far more likely. If Labour wanted Lib Dem support an anti Brexit position would be required and Jeremy Corbyn not being PM