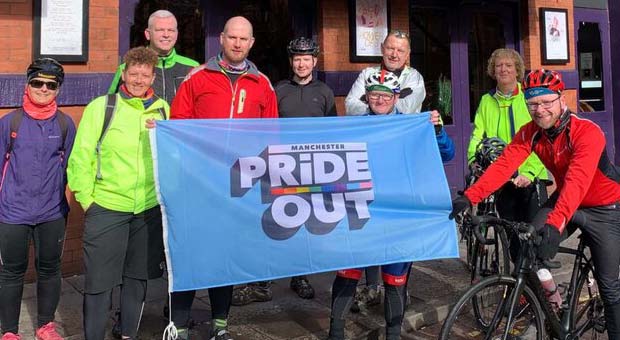 Diversity in cycling: Time to face the facts

I believe it’s time to face the facts, there is a concerning and unacceptable lack of diversity and inclusion in cycling.

My name is Richard Hearne. I am a 38-year-old white, gay and cisgender man. I started seriously cycling as an adult in 2015 to improve my physical and mental health and have completed 17,000 miles to date. I once cycled with a ‘traditional’ cycling club and feared being made to feel like an outcast or having to explain my sexuality, which put me off participating again. I know I'm not alone in feeling like this.

In May 2019, I realised that there were no significant nationwide groups for LGBTQ+ people that were genuinely inclusive of all people, regardless of ability, age, bike, ethnicity, gender identity or sexuality. So I decided to do something about this issue and set up a cycling group for LGBTQ+ people and allies called PRiDE OUT which has been a great success. More recently, I have become determined to obtain employment in cycling so that I can make an even bigger contribution. Hence, I have been applying for a number of jobs, none of which have yet come to fruition, but I do and will keep on trying.

I believe it is everyone’s duty to ensure there is equality, diversity and inclusion, front and centre, and it should be the beating heart of cycling. The reality, though, is that cycling lags far behind other sports and sections of society. I don’t think diversity should be a ‘nice-to- have’ issue which is tagged-on or tinkered around with at the edges. Nor should the barriers be downplayed because not everyone experiences them. In the context of social equality, ‘privilege’ means some people are treated better than others. Failure to act is denying real people the chance to reap the health, wellbeing and social benefits of cycling, which everyone deserves to experience.

The statistics figures are stark

People with a limiting disability were 253% less likely to cycle a few times a week compared to people with no disability;3

Why does any of the above matter?

Read more via the link below