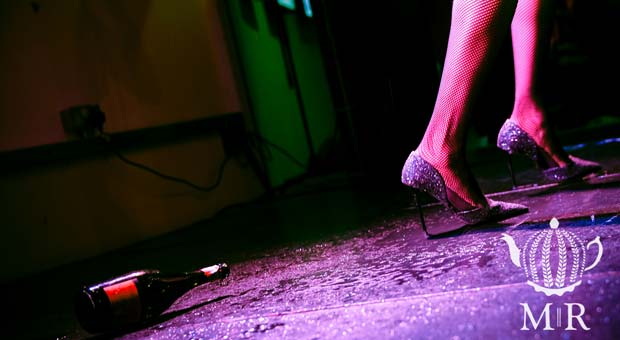 A new LGBTQ+ theatre festival is to run for three weeks in January 2020 at Manchester’s Hope Mill Theatre, a collaboration between the venue and Manchester Pride’s cultural programming arm Superbia and featuring theatre company Mother’s Ruin.

TURN ON FEST will be a showcase of Manchester-based LGBTQ+ artists, theatre, new commissions, cabaret, panel discussions, development workshops and much more.

TURN ON FEST is the first arts festival to be hosted by Hope Mill Theatre – already a thriving venue for established LGBTQ+ work.  It will run over three weeks in January 2020, and includes a variety of programming from Superbia, Manchester Pride’s year-round cultural programme designed to curate, fund, support and promote LGBTQ+ events.

The festival will support new work through the Arts Council England funded TURN ON FEST commissions. Four LGBTQ+ companies or individuals wanting to showcase and develop new work which each receive £1,000 per commission, which will also include marketing support, mentorship and rehearsal space.

Joseph Houston, Artistic Director of Hope Mill Theatre, said: “We are proud to be hosting our first ever arts festival at Hope Mill Theatre opening our doors to wider demographic of LGBTQ+ artists in Manchester. We are passionate about supporting the community and will be holding focus groups and open socials in the lead up to January, to learn more about what the community want out of a new festival, and how TURN ON FEST can provide the best platform in our exciting and diverse city.

“We are looking forward to three weeks of theatre, dance, cabaret, literature, open mic, conversation and new work. Turning words and ideas into performance for, by and about the LGBTQ+ community. We hope that the festival will eventually become an annual event for our great city.”

Greg Thorpe, Project Manager for Superbia at Manchester Pride, said: "Superbia at Manchester Pride works with LGBTQ artists all year round and we are so excited to support this new platform to share their work at one of our favourite venues in the city. We will be co-curating the TURN ON FEST for 2020 and we know it will be a thrilling and necessary addition to our queer arts calendar."

Lisa Lee, Artistic Director of Mother’s Ruin, said: “Mother’s Ruin have been producing Queer performance in Manchester and beyond for 10 years. We are thrilled to be invited to bring bold, radical work by emerging and established LGBTQ+ artists to TURN ON FEST 2020.”

Absolute Certainty and Mother’s Ruin events are on sale now, with more programming to be announced soon.

Commission applications are now OPEN for Manchester-based LGBTQ+ artists. See beloe  for more details and email admin@hopemilltheatre.co.uk with any questions or further information. The deadline for submissions is Monday 11th November.

Turn up, turn heads, see a turn, take a turn!