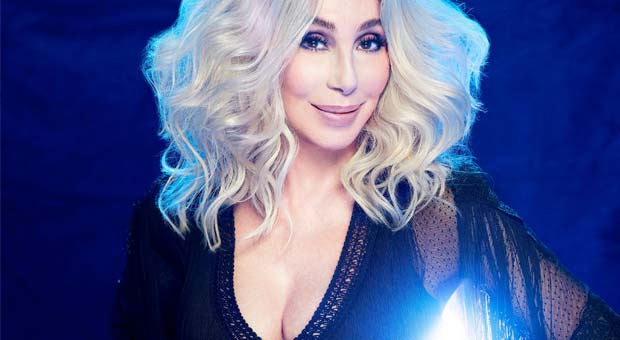 Multi-talented Oscar, Emmy and GRAMMY Award-winning star Cher, has today announced that British 80’s icon, Paul Young will be joining her as a very special guest on the UK dates of her Here We Go Again World Tour.  The legendary singer is set to delight UK fans when she plays shows across the UK in October and November - her first on UK shores for over 14 years.

Paul shot to fame with his formidably accomplished solo debut album, “NO PARLEZ” released in 83’ and included the number one single Wherever I Lay My Hat which maintained the number 1 spot for most of that summer followed by Come Back And Stay which maintained Paul’s presence at the top of the charts. With the release of his second album “The Secret Of Association” and the success of “Every Time You Go Away” his status as a world star was confirmed.

Cher, who holds the UK Record for the biggest selling single of all time by a female artist for Believe, will treat audiences to an array of hits from her huge repertoire as well as new songs from the Dancing Queen album – Cher’s tribute to the music of ABBA –  which is out now.

Launching her career in the 1960s as part of Sonny & Cher, the iconic superstar made unprecedented strides in what had long been a male-dominated industry and continues to reign supreme as one of the world's greatest entertainers.  A worldwide superstar for more than five decades, Cher has sold more than 100 million records and conquered more challenges than a handful of other talents combined – recording, concerts, film, Broadway acting, television and directing. In 2018, Cher returned to the big screen with a stunning performance in the mega-hit film Mamma Mia! Here We Go Again followed by the release of her new album inspired by the movie, Dancing Queen.

Tickets are on sale now via the link below