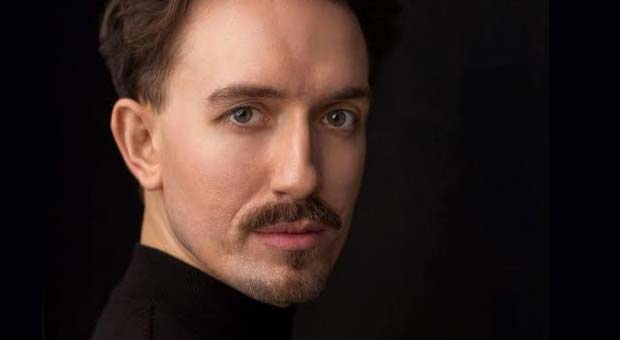 Manchester audiences are in for a treat, as Jerry Springer: The Opera is heading to the Hope Mill in August. I caught up with Tom Lloyd, who plays Satan to find out what’s in store for newcomers to the show, and why it is still relevant in 2019.

Jerry Springer: The Opera is edgy and controversial, yet full of heart. Is this what attracted you to the show?

Hugely! Musicals like Jerry Springer are so rare in this climate. As it truly pushes the genre into new avenues and inspires new and much needed conversations. I believe it was the shock factor of the piece, along with the show being raucously funny that really made an initial impact on audiences in 2005. The true heart of the show and where it takes us in 2019 really brings out the overall message of hope and light in this ever changing time. It’s going to be a lot of fun to be involved in a piece that is asking direct, current and powerful questions.

The devil has the best tunes. Is that true here, what are your favourite songs so far?

Oh I must be fair to my extremely talented fellow cast mates that are bringing the house down with this score. Of course, the whole show is beautifully brimming with show-stopping moments, but the devil in me wants to say look out for “Every Last Mother Fucker Should Go Down” which as you can tell by the title is a toe tapping moment. No one can deny the power of the show’s anthem “I Just Wanna Dance” it’s one of the most purest songs ever written for musical theatre in my opinion.

What themes are there within the show that you feel remain relevant?

Politically and socially the themes in this show seem much more relevant than ever. We live in a time governed by social media, buzz words and the press. Labels and boxes that have the potential to make us feel so divided, and yet in many ways we've never been more free to be whatever we want. Jerry Springer today reminds us to take ownership of our own mind, body and soul whatever the wrapping, and get back to being a human with no filter.

When you play a role like this, do you end up avoiding looking at what David Bedella did previously? How have you made the role your own?

When it comes to any role, I always distance myself as far as I can from any previous incarnation, the script holds all the answers and questions I need. What’s being celebrated and produced is always there in the archives for any one that wants it. For me everything comes from the process of the rehearsal room, and the collaboration with the creative team, if you honour that you will always end up with something original.

Why is now the right time for a revival?

It’s been fifteen years since the original production, I believe it’s time for musical theatre to have a shake-up, to remind us that original writing without a guaranteed audience base like a movie to musical/jute box or stunt casting may have, can be daring, rewarding and successfully satisfying for the industry and the audience. Northern Ricochet are making Jerry Springer more than a show, it’s a movement!  Passionately and ethically bringing northern talent together to engineer and promote regional actors and creatives. I can’t begin to tell you how rare this is becoming especially within our regional houses. Secondly and politically this production is about exactly what is happening in the UK and America today, with Jeremy Kyle only a few months ago taken off the air, it seems we are ready to converse in the power, manipulation and destruction of reality TV.

What will the Hope Mill add to this production?

For anyone that has seen a production at the Hope Mill, knows the space here is so intimate, you are literally within our Jerry Springer world. You can’t not have an opinion or feeling towards the production because it is living right in front of you, an audience so close to our ensemble gives the production a whole new layer. This production also gives the audience the option for “on stage seating” for those that really want to see the blood, sweat and tears up close.

What have been your career highlights?

I have been fortune enough to have worked in some incredible productions, but I would have to say my personal favourite would be my principal début at the Hope Mill Theatre in 2016 as Leo Frank in Parade, the first in house musical at the theatre, directed by our Jerry director, James Baker. This production literally changed my life. Sometimes when you get a part, you can’t guarantee anything, the quality of the creative team the gelling of a cast, who knows until day one? Parade was perfect in every way, a beautiful collaboration of artists and risk takers. It was also where I realised how special this space was, to return again with this role and working again with James Baker is a dream come true.

What do you love about Manchester?

Manchester is just so authentic, the people, the vibe within the streets, every kind of artist exists all buzzing within the city, and they are the gems of the city. It’s a melting pot of talent and creativity, just as much if not more so than London. I hope to see many of Manchester’s LGBTQ and club kidz glitterati at the show, as this show is very much for those of us that live out loud and proud.

Talking of which, the show represents a variety of LGBTQ characters and celebrates them. Do you feel in light of recent news stories that we need this right now?

I think any show that wishes to have a conversation about diversity, pride and the recognition of LGBTQ character’s in order to aid education, break down walls and stereotypes and represent is crucial in this climate. Another reason to set the show in 2019, was to bring all these character's bang up to date, to reflect today’s ever changing society.

If someone has never seen Jerry Springer: The Opera before, can you sum up why they should go?

It ain't The Sound of Music, but it has as much heart. It is truly for everyone, the same way GAY Pride is for everyone, it's a hilarious, beautiful, and powerful piece that is for the marginalised, the minorities, the hypocrites, the stereotypes, the loud, the shy, the theatre goers, the lovers, the singles, the dreamers, the political, the social and most importantly the human in us all!

Jerry Springer: The Opera is at the Hope Mill Theatre from 8th- 31st August. Book here via link below