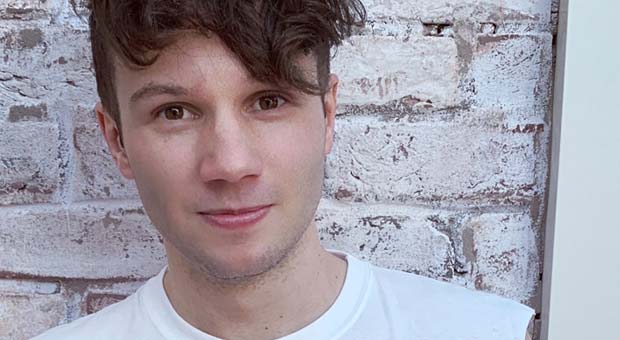 “I just want to make sure every school has at least one suitable resource which talks about equality and diversity in an age appropriate way.” Says Olly Pike.

Man with a mission and creator of Pop’n’Olly (a children’s LGBT+ inclusive educational resources website) has a groundbreaking vision set for 2020 that we can all play a part in.

His ‘book in every school’ campaign aims to get a copy of his latest LGBT+ inclusive children’s educational books into every primary school in the UK before the government’s mandatory relationships education, which is set to be put in place this September. So far, over 1,400 books have been donated with the goal being a total of 22,543.

“From September this year, that’s when I’d like to achieve it by because that’s when relationship education becomes mandatory and schools have to be LGBT+ inclusive. I just want to make sure every school has at least one suitable resource which talks about equality and diversity in an age appropriate way.” He said.

His latest book, ‘Kenny Lives with Erica and Martina’ was inspired by the1980’s book by Danish author, Susanne Bösche, called ‘Jenny Lives with Eric and Martin’. The book got banned in the UK with the government then putting ‘Section 28’ in place preventing the promotion of homosexuality until it was eventually repealed in 2003. It is his latest book of six so far that he has written and illustrated by himself.

Olly says of his new book: “The title is an echo of the 80’s book, Jenny Lives with Eric and Martin. It was brought over to the UK and it was unfairly vilified as homosexual propaganda…it got banned, it wasn’t able to be read and it’s just a shame that story never really got to be told…

“So, that inspired me to create a book which could kind of pick up where that book left. However, my book is not a re-telling of the story but more inspired by the events surrounding it.”

Olly’s new book tells a very clever and contemporary story as Kenny’s parents are a same-sex couple though that isn’t what this story is all about, but rather about embracing people’s differences and treating them as equals as he explains:

“My book is about Kenny who has two mums and he lives in a world which is grey and black and white and it’s all cool but then one day he gets some new neighbours and they're in colour and he and his family fully embrace them however, the other people on the street don’t. They don't like it because they are different and it’s just about Kenny reminding everyone that it’s okay to be different.”

The book is not a direct take on the one written by Bösche but it does give a gentle nod of appreciation and respect to it in the title, as that is where the inspiration came from, a subtle yet lovely gesture.

Olly spoke of his mission he hopes to achieve by September: “I just think it would be incredible if we could say that in our country, every single primary school has an LGBT book in it, what an example we would be making.”

If you go to www.lgbteducation.co.uk you can purchase one of Olly’s books for just £10 and donate it to your old primary school or perhaps just a local primary school near you! The colourful website lists all the primary schools in the UK and is made really simple and easy to use by separating them into local authorities, some of which have already been completed.

You can also find a link to the page on www.popnolly.com where there are lots of LGBT+ inclusive children’s educational resources created by Olly.

Olly ended with the message: “Always trust that you know who you are. We are all different and that’s cool, let’s respect each other and allow everyone to be the person that they are meant to be.”