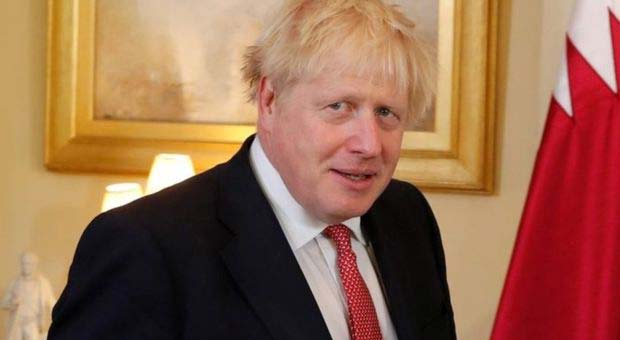 Boris Johnson and the Conservatives

Boris Johnson swept to power after a Conservative Party Leadership election earlier this year. Members of the party voted for him in large numbers with 66% of members backing him over Jeremy Hunt. Johnson has had a colourful history as a journalist and columnist for the Telegraph, he became Mayor of London between 2008 and 2012 and later became Foreign Secretary whilst Theresa May was in office, but this was short lived due to being at odds with the then Prime Minister.

Johnson has only been Prime Minister since July but his time in office has been dogged by the Brexit crisis engulfing the country.  The Prime Minister renegotiated a new Brexit deal with the EU, but this has so far been rejected by MPs which pushed him to go for an election. Johnson is a controversial figure within his party having expelled a number of MPs for rebelling against his Brexit policy.

On the issue of Brexit, the Government is desperate to ‘Get Brexit done’ and get Johnson’s deal through Parliament. The current deal is opposed by every other party in the House including the DUP who prop up the current Tory Government as they feel it forces them to have a different regulatory standard to the rest of the UK.

Economic projections suggest that the deal proposed by Johnson will see the economy contract by over 6% and cost the country £77 billion over 10 years when compared to staying in the EU. Based on these projections it would take over £1100 out of the pockets of working people every year.

The main argument for this Brexit deal is it will fulfil the wishes of the 17.4 million who voted to Leave the EU in 2016 and will allow the country to strike its own trade deals. There are concerns from the other parties that worker rights and environmental standards will suffer. It is possible that the Britain could still leave the EU with a disastrous ‘no deal’ as the country will only have a year to agree a trade agreement with the EU.

The UK is signed up to the Paris Agreement which commits to lowering CO2 emissions. The Tories have announced an intention to plant 30 million more trees and they have committed to net zero carbon emissions by 2050. The issue of fracking has been contentious for the Tories with communities opposed to the drilling. The Conservatives have recently suspended fracking, but this isn’t a ban and if the Tories win a majority in December it is likely to be started up again.

The NHS and Healthcare

At the end of September, Boris Johnson has promised the building of 40 more hospitals and an extra £13 billion pledged the help the NHS. The Tories have also promised a fast track, cut price NHS visa for those coming from abroad to work in the NHS.

Under the Tories the number of nurses working for the NHS has fallen by 40% and there has been an increase in contracts going to private healthcare providers. Over a £1 billion of contracts were handed to Virgin Health. It was also revealed in the last week that hospital waiting times are at their worst levels ever with cancer care and A&E targets missed for the last 3 years. There is concern that the planned American Trade deal will see the NHS open to more privatisation after ‘secret’ talks were held between ministers and Big Pharma.

The Tories like to be viewed as the party that is tough on crime. They have announced plans for an increase of 20,000 police. Whilst this is welcome it is worth remembering that when Theresa May was Home Secretary, she cut police numbers by over 21,000. They have also announced plans for ‘whole life’ sentences for those convicted of premediated child murder. Priti Patel, who will continue as Home Secretary should the Tories retain power is a tough operator and she has blocked the children of Isis terrorist coming back to the UK.

The LGBT community and the Conservatives have a troubled history with the Party having been the birthplace of Section 28. The party made huge strides towards detoxifying their homophobic image with David Cameron formally apologising for Section 28 and forcing through equal marriage in 2013 despite half his party opposing the measure.

Boris Johnson has sought to reach out the LGBT community and recently gave a warm statement to Pink News promising that children will feel safe in schools with a push to stop bullying and promote inclusive sex education. This may face opposition within his party with large numbers still being at odds with the general population over LGBT issues. A large number of Tory MPs including the current Leader of the Commons, Jacob Rees Mogg oppose same-sex marriage and have voted consistently against LGBT rights.

The Tories are hugely divisive up and down the country, the implementation of austerity politics has seen public services cut to the bone and the most vulnerable in society suffer with the disastrous implementation of Universal Credit and those with severe disabilities forced into work. It is likely that the country will be wiped out in Scotland but they’re polling over 40% in the rest of the country. Boris Johnson currently commands a huge lead over the Labour opposition. Whether or not this translates into the much-desired majority remains to be seen. The party is polling as well as they did in 2017 and in that election, Theresa May lost her majority. The party has horrifically low favourability among young voters and if tactical voting is effective, we could see Boris Johnson even lose his own seat.